UPDATE: The Huawei P20 Lite has been revealed ahead of launch.

The Huawei P20 launch is happening very soon and the P20 Lite will be their most affordable model among the three smartphones. Now we get a clearer view of the device thanks to fresh leaks in the form of live hands-on photos and video.

As you can see here, the P20 Lite will get a glass black with a shimmering effect like the honor 8‘s rear glass panel. Matching the leaked press renders by @evleaks, it will come with a dual-camera setup that’s aligned vertically on the top left corner. Unlike the higher-spec P20 and P20 Pro, the lens will not carry the LEICA branding and it has an aperture of f/2.2. It is worth noting that the P20 Lite is the first “Lite” smartphone of the P series to carry a dual-camera setup. Over at the front, you’ll find a notch which is available across the entire P20 range. It’s smaller than the iPhone X, leaving just enough space for a front-facing camera, an earpiece and what appears to be a proximity sensor. While the P20 and P20 Pro have a front-facing fingerprint sensor, this Lite model uses a rear-mounted unit. In terms of pricing, the P20 Lite is expected to be priced at around 369 Euros which is about RM1,776 if converted directly. Of course, European pricing tends to be more expensive than Malaysia. We reckon it could be priced somewhere closer to the P10 Lite of around RM1,299-RM1,499.

As mentioned by @evleaks, the P20 Lite will be released as the Nova 3e in selected markets.

You can check out a brief hands-on video of the P20 Lite below. 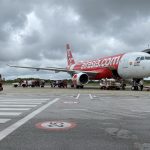