One of Nokia‘s big selling points when they relaunched into the world of Android smartphones under HMD Global, was that their phones would be built to last. That — alongside the promise of stock Android and fast updates — was one of the most alluring things about Nokia’s crop of handsets, so alluring that I would even have paid a little extra for them. Just hold a Nokia 7 Plus and you’ll get what I’m talking about.

And that is precisely why I was a little disappointed when I picked up the brand new Nokia 6.1 Plus and 5.1 Plus. They felt very…underwhelming.

I was very excited for the Nokia 6.1 Plus. When I saw it initially launch as the Nokia X6 in China, it was a fascinating phone because of how well it stacked up against Xiaomi’s Redmi Note 5 which was king of the hill at that time. Just look at the specs. The 6.1 Plus features a Qualcomm Snapdragon 636 processor that’s mated to 4GB of RAM and 64GB of internal storage. This device also comes with a crisp 5.8″ Full HD+ screen (which looks great) but with a taller 19:9 aspect ratio so the device feels even smaller in your hand. The trade-off on the screen is that it has a notch at the top, but I don’t particularly mind notches. It also features a respectable 16MP + 5MP dual-camera at the back with electronic image stabilisation and a 16MP selfie camera up front. It’s also capable of doing Bothies which is always a nice quirk. That said, I will note that the Nokia 6.1 Plus doesn’t feature the Lumia-styled camera app that the company reintroduced. Instead, it has a completely different camera app that looks and works nowhere near as elegantly. Regardless, if you couple all of those specs with Nokia’s reputation for excellent build quality and stock Android, and you’ve got a really attractive package on your hands. In fact, when it launched in China — later India as the 6.1 Plus — it also had an excellent price tag that could certainly compete with the Redmi Note 5.

But then I got to see it in Malaysia and I was very underwhelmed. The moment I picked the Nokia 6.1 Plus up, I was already taken aback. The glass and metal sandwich felt nothing like any other modern Nokia Android flagship. Not industrial, not robust. In fact, it felt rather cheap and fragile — not the combination you want. Yes, it’s not the first modern Android Nokia to feel fragile. The Nokia 8 Sirocco was also a glass and metal sandwich, but the difference is that the Sirocco felt substantial. It had a heft to it and a degree of precision in the way the materials were fused together that you don’t see here with the 6.1 Plus. The Sirocco is a far more expensive phone, yes, but that’s precisely why I don’t think they needed to go for this kind of body on the Nokia 6.1 Plus if they wanted their phones to feel like they were built to last. And I would also like to add that Nokia can make a glass and metal smartphone feel substantial at a reasonable price point — just look at the Nokia 6 Arte.

But y’know, if the build was my only gripe with this handset, I would still be OK with that. Unfortunately, the biggest crime here is this smartphone’s retail price tag of RM1,149. Right now if you stacked the Nokia 6.1 Plus — a handset that could easily trade blows with the Redmi Note 5 four months ago — with the Redmi Note 5, it gets blown out of the water. Xiaomi’s mid-ranger now has an RRP of RM869 (but you can get it for even lower). That’s a price difference of almost RM300.

Fine, maybe you don’t like the Redmi Note 5’s MIUI, and you hate it that much that you’re willing to pay way more for stock Android. Well, for RM999, you can get a brand new base model Android One Xiaomi Mi A2, which has roughly the same battery capacity, same memory configuration, large screen, premium build, but trades the mid-tier Snapdragon 636 processor in the 6.1 Plus for an upper mid-range Snapdragon 660 instead. For RM50 more, than the 6.1 Plus you can get the RM1,199 top-spec Mi A2 with 6GB of RAM and double the internal storage (128GB). 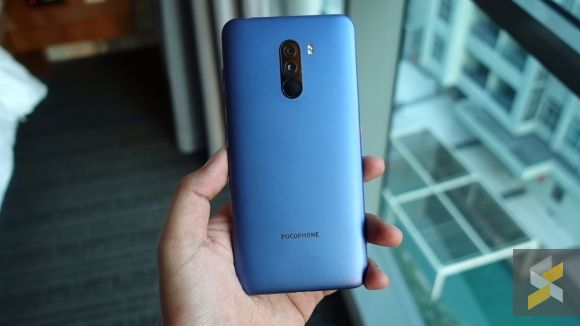 Or, if you can afford to fork out an extra RM150, you can get the RM1,299 POCOPHONE F1 that comes with 6GB of RAM, 64GB of expandable storage and flagship-class Snapdragon 845 octa-core processor. Oh, and did I mention the POCOPHONE F1 comes with a 4,000 mAh battery too? You could make the argument that the Nokia 6.1 Plus is better built, but while I would agree with you on that versus the POCOPHONE, I don’t think the Mi A2 feels any less premium.

I am befuddled. Confused, but worst of all, frustrated. I don’t mind that Nokia took their sweet time to launch it outside of China, but why did it end up being over RM200 more when it reached Malaysia?

I frankly don’t see any reason you’d pick it over its competition right now. But I will hold of final judgement until after a full review. If you do want to get your hands on this phone though, the handset is already on sale at authorised Nokia retailers and the first 2,500 customers will receive an action camera, tempered glass screen protector and silicone case worth RM300 for free.