Everyone who cared, remembered the disastrous Nokia X Android smartphones of the past. They were just nasty things that never should have seen the light of day. You’d think that the company would want to bury something that crashed so hard in a dark hole and throw away the hole, but nope, they’re bringing the Nokia X name right back. First up, you’ve got the looks. It looks like a Huawei P20 and features the same kind of 5.8-inch Full HD+ 19:9 aspect ratio 2280×1080 pixel notched screen up front too. The rest of the phone is made up of Corning Gorilla Glass 3 on the front and glass on the back, sandwiching a metal frame in the middle. The classic formula for a premium-feeling smartphone in this day and age. Despite it’s flagship-grade looks, the handset is a mid-ranger. Inside, it’s powered by a Snapdragon 636 octa-core processor mated to up to 6GB of RAM and 64GB of internal storage. If you need more space, you can expand internal storage via a microSD card thanks to the handset’s hybrid dual SIM slot. 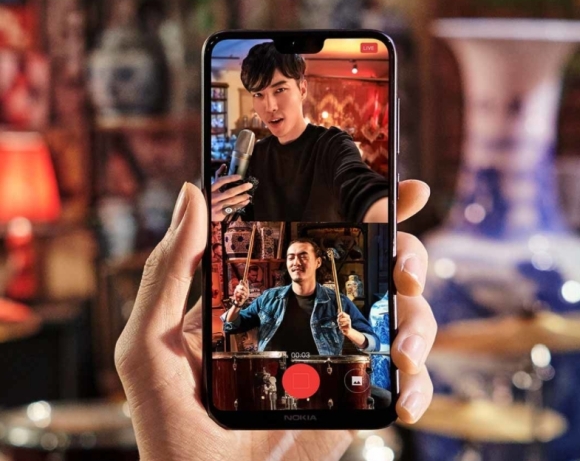 All the cameras have been augmented with AI tricks and can do bokeh shots, face recognition, dynamic expression and filters. Nokia X6 is also capable of Nokia’s signature Bothies where you can record with both the front and back cameras simultaneously.

On the back of the device, you’ll find a rear-mounted fingerprint scanner but you can also use the device’s Face Unlock feature if you prefer that. Keeping everything running is a 3,060 mAh battery with support for Quick Charge 3.0 via a USB Type-C port. The key thing about Nokia’s new crop of Android phones is their software and thankfully the Nokia X6 isn’t any different. This device comes out of the box with Android 8.1 Oreo and has been promised an Android P update when that rolls around.

Finally, you’ve got the price. Nokia 6X will come in three variants:

That’s Xiaomi Redmi Note 5 kind of bang-for-buck and when you get compared to a Redmi Note 5, you already know it’s good value. In fact, since this device runs on stock Android and has a sexier body, some (me) will find it even more attractive than Xiaomi’s budget king. Unfortunately, this smartphone has only been launched in China so we don’t know if we’ll get it here locally.

Would you want this smartphone to come to Malaysia? Let me know in the comments below.