Today, HMD Global has officially unveiled 2 mid-range Nokia handsets to the Malaysian market. Both of these devices are part of the Android One program, so if you are a fan of stock Android, you should definitely check them out. The Nokia 6.1 Plus is a device that comes with a premium glass and metal body. It has a notched 5.8-inch Full HD+ display that’s protected by Corning’s Gorilla Glass 3. Powering the device is a powerful Snapdragon 636 processor, 4GB of LPDDR4x RAM as well as 64GB of EMMC 5.1 expandable storage. Keeping its lights on is a 3,060mAh battery that quick charges via a USB-C port. Out of the box, it runs on stock Android 8.1 Oreo and will be updated to Android P soon. As far as the cameras are concerned, the Nokia 6.1 Plus features a 16MP+5MP dual-camera setup at the rear with Electronic Image Stabilization (EIS). For selfies, it has a 16MP camera setup that’s enhanced with AI photography features. The Nokia 6.1 Plus is now officially priced at RM1,149. First 2,500 customers who buy a Nokia 6.1 Plus will walk away with a free action camera, tempered glass as well as a silicon cover worth RM300.

When the Nokia 6.1 Plus launched in China as the X6, there was a lot of buzz surrounding this device because of how well it stacked up to the king of phones under RM1,000. However, when it launched as the 6.1 Plus in Malaysia, it is rather disappointing to find that the handset turned out to be priced much higher than its Chinese debut of CNY1,449 (around RM903) for the same spec. Unlike the Nokia 6.1 Plus, the Nokia 5.1 Plus features a glass back and a plastic frame around it. It comes with a similar notched 5.8-inch HD+ display that pushes a resolution of 1520x720pixels in a 19:9 aspect ratio. Under the hood, the device runs on an octa-core MediaTek Hello P60 processor alongside 3GB of RAM and 32GB of internal storage which is expandable via a microSD card. Powering the device is a 3,060mAh battery which charges via USB-C. Unfortunately, Nokia did not reveal the price of the Nokia 5.1 Plus, but it will be available sometime in the middle of October so we should get more details then. 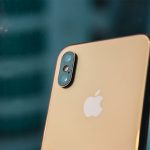 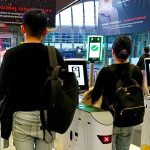