Similar to last year, Apple had recently introduced three new iPhone models into the market. Last year’s iPhone X was their most expensive phone yet but it was proven to be a hot seller. Now it is reported that Apple is slowing down on production for the iPhone XS, iPhone XS Max and iPhone XR due to lower than expected demand.

According to WSJ, several suppliers had to lower their forecast for the year to anticipate reduced orders. Apparently, the biggest revision is the iPhone XR where it is said that Apple is slashing production as much as a third from the 70 million units the company expects to produce between September 2018 to February 2019.

While all of this reporting sounds very negative for Apple, it is worth pointing out that analysts are often proven wrong when it comes to actual sales. In the case of the iPhone X, there are reports it wasn’t doing well due to slow growth at Samsung’s display unit. However, the reality is that the iPhone X was doing very well and it was the best selling iPhone model for several quarters. With the iPhone XS Max which can go as high as RM7,049, we should see higher revenue per unit for Apple.

However, it is worth pointing out that Apple will no longer report unit sales for next quarter onwards. Instead, the Cupertino company will report the overall total revenue and cost of sales. The last quarter of the year is often the best performing quarter for Apple with more than 70 million units sold. We’ll definitely know how well the iPhone XS, XS Max and iPhone XR perform in the next fiscal 2019 Q1 report.

SEE ALSO:  Wuhan virus: Malware has been infecting devices around the world 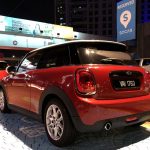