Over 10,000 taxis in Malaysia are targeted to go cashless very soon. Touch ‘n Go has just announced a new partnership with EzCab and Public Cab which enables passengers to pay for rides via QR codes. At the moment, around 4,000 EzCab and independent taxi drivers are able to receive payments via the Touch ‘n Go eWallet platform and they are expecting to increase this number to 10,000 taxis by end of this year. Touch ‘n Go’s ultimate goal is to convert all 67,000 registered taxis nationwide to accept QR payments by end of 2019.

To make a payment, just launch the Touch ‘n Go app and use the Scan feature to scan the QR code of the taxi. Just enter the total fare (including tolls), followed by your secret 6-digit pin number to complete the transaction. There will be a notification for each transaction, and both driver and passenger can track their payment history from the app.

On top of that, EzCab is offering RM2 off for first-time users between 1 – 5 November 2018 with the promo code “EZTNGD2”. This will be limited to 500 redemptions per day.

Overall, this is a good move as drivers and passengers would not need to fumble with small change. If this is widely adopted, it would be safer for drivers since they won’t need to hold too much cash. 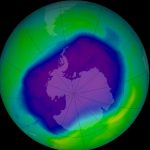