Huawei has seen tremendous growth over the years and they are currently the #2 smartphone brand worldwide after overtaking Apple. Before 2018 is out, the Chinese smartphone brand has announced that they have shipped over 200 million smartphones this year. That’s over 30% higher than last year’s performance.

According to Huawei, they have shipped over 16 million units of the Huawei P20 series since its launch in March, while the latest Mate 20 series had shipped more than 5 million units within two months of its official release. Meanwhile, the youth-centric Nova series has sold over 65 million units.

, which is a sub-brand under Huawei has also contributed to the overall shipment figures. No numbers were provided but Huawei claims that the Honor 10 and V10 has helped to propel Honor as China’s number one online smartphone brand.

It will be interesting to see if Huawei will overtake Apple in overall shipments for 2018. In 2017, Samsung had shipped 317.3 million units while Apple had shipped 215.8 million units, according to IDC’s tracker. 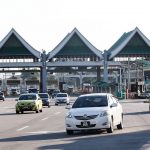