Realme has just announced that the Blue Ocean variant of the Realme 2 Pro is now available in Malaysia. The phone will also be offered…

Realme has just announced that the Blue Ocean variant of the Realme 2 Pro is now available in Malaysia. The phone will also be offered on discount during the upcoming 12.12 sale day on December 12. Available exclusively from , you can get the device for up to RM100 less than its regular retail price.

In addition to the discount, Realme is also giving 3000 Shopee coins (worth RM30) for every Realme 2 Pro purchased on 12.12. The Realme 2 Pro will go on sale exclusively on Shopee at midnight December 12.

The Realme 2 Pro features a Qualcomm Snapdragon 660 processor (that’s an upper-mid-range SoC) with up to 8GB RAM and 128GB of internal storage. The internal storage is expandable via microSD card for up to an additional 256GB of space.

For photos, the Realme 2 Pro features a dual camera setup at the back. The main 16MP sensor with an f/1.7 aperture lens is supported by a secondary 2MP sensor with an f/2.4 aperture lens for bokeh and portrait mode effects. This main camera also has AI scene recognition that can identify up to 16 different scenes. There’s also Dual Pixel autofocusing and electronic image stabilisation (EIS) for video recording.

In front, Realme has equipped the Realme 2 Pro with a 16MP selfie shooter that sports an f/2.0 aperture lens. Naturally, there are also AI beautification features.

Powering the device is a relatively large 3,500 mAh battery that provides a claimed 10 hours of continuous video playback. The phone is charged via micro USB and unfortunately, there’s no fast-charging support.

Not sure if you want to get the Realme 2 Pro? Check Rory’s first impressions of the device here. 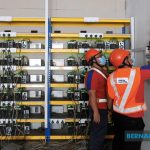 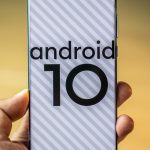 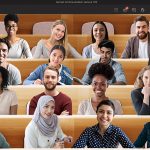 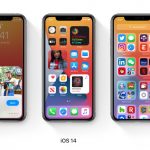