The more the better. That appears to be the current trend for smartphone photography. These days, it’s getting more common to see smartphones with either three or four cameras at the back.

After LG had introduced the LG V40 ThinQ, the smartphone maker has recently filed a patent for a smartphone with a crazy 16 camera setup.

According to a patent filing with the US Patent and Trademark Office, LG has described a new 16 camera system arranged in a 4×4 array. It comes in several configurations with different curvatures and it’s possible to take individual photos from lenses.

Alternatively, you can have all 16 cameras take a shot and you can then choose the best picture. Since each camera has its own perspective, it’s possible to remix a photo with various shots and angles. From the example shown below, you can select an area and perform a “tilt” using part of an image taken from another lens.

As seen on the first image above, the proposed device also comes with a mirror which is used for taking selfies using the rear camera. However, the device illustrated appears to retain a front camera for other uses such as video calls.

It is too early to tell if LG will actually come out with a 16-camera smartphone like this. After all, this is just a patent and there’s a chance that LG will not put this into production. 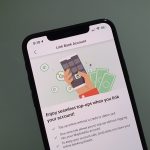