A little over a week after we first saw a set of super legit-looking renders of Huawei’s Mate 20 Pro, the leak lords have blessed us with a brand new set of images of the Huawei Mate 20. Or the Mate 20 Non Pro as it is more affectionately known.

This latest leak comes courtesy of Roland Quandt, the same supplier of the last set of leaked images of the Huawei Mate 20 Pro. And, as the images clearly depict, the most interesting thing about this upcoming regular Mate 20 is its screen. Unlike the Mate 20 Pro which featured a sizable notch at the top of the display, the Mate 20’s notch is far more reserved. It looks a lot like the “waterdrop” design you’d find on something like the vivo V11 smartphone. According to Roland’s post on WinFuture, Huawei’s managed to make the bezels that surround the smartphone’s alleged 6.43-inch TFT LCD panel “extremely narrow” so you get an almost perfect symmetrical front.

From the photos, it definitely looks impressive and that screen-to-body ratio looks borderline ridiculous. However, I will say that pictures don’t always paint the whole picture so hold off on your expectations until you see some real numbers, or the phone itself in person. It is interesting to see the Mate 20 come with such a different notch design to the Mate 20 Pro’s, but I suppose we shouldn’t be that surprised because Huawei’s regular Mate and the Pro variant tend to be quite different.

If you ask me, the reason why this notch is so small probably has something to do with the fact that the Mate 20 doesn’t feature the same complicated array of facial scanning features like you’d likely find on the Mate 20 Pro. It’s very likely that the Mate 20 will just have a regular face unlock instead of any kind of 3D or infrared face unlock because there doesn’t appear to be any space.

I guess that’s a good thing because now notch-haters will hate this phone’s display a little less, but is that worth giving up the increased security — and accuracy — afforded to you by a more sophisticated 3D face unlock?

Around back, you’ll find that the Mate 20 looks pretty much identical to the Mate 20 Pro — right down to that ugly square camera module which houses the three separate sensors and flash. I’m just not a fan of it based on what I’ve seen in pictures, but who knows, maybe it looks better in person. Here, you’ll also find that the regular Mate 20 sports a fingerprint scanner that sits just below the camera module. That means, unlike the Mate 20 Pro, the regular Mate 20 won’t feature an in-display fingerprint scanner.

Besides that, other rumoured specs of the Mate 20 include a Kirin 980 octa-core processor at its heart, alongside 4GB of RAM and potentially up to 512GB of internal storage. Keeping everything running should be a generous 4,000 mAh battery with support for fast-charging. Finally, rumour has it that the regular Mate 20 will also come with a 3.5mm headphone jack, unlike the Mate 20 Pro.

A tale of two Mates

It’s always interesting to see how manufacturers split specs and features between their phones, especially when they occupy the same series like the Mate 20 and Mate 20 Pro. I’ve always been a little perplexed by Huawei’s decision making when it comes to splitting the Mate from its Pro variant. The Mate 10 and Mate 10 Pro, for example, was definitely one of the more interesting splits.

With its Pro moniker, you’d think that the Mate 10 Pro would be better than the Mate 10 in every single way. And, while it had more RAM and IP67 dust and water resistance, the Mate 10 Pro actually featured a lower resolution display than the regular Mate 10 while also omitting the 3.5mm headphone jack.

That split a lot of the people who wanted more power and water resistance, but also a high-resolution display and the practicality of a headphone jack. Unfortunately, it looks like there will be a similar split here too between the Mate 20 and Mate 20 Pro this time too. So, the question becomes: From what we’ve seen so far, which of the Mate 20s would you buy? Let me know in the comments below. 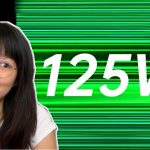 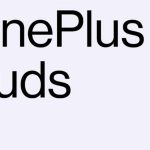 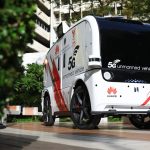