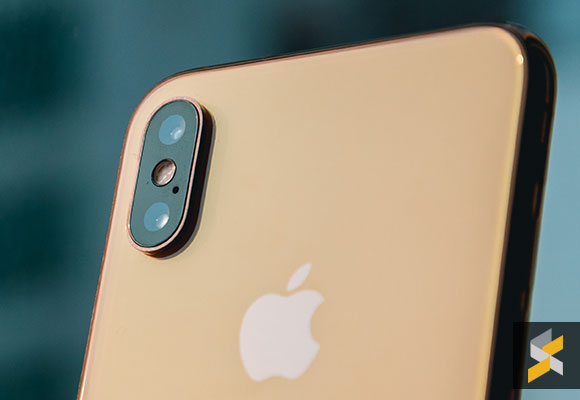 Renowned camera benchmarking site, DxoMark, has just published its camera review of the iPhone XS Max. When it comes to smartphones with dual-cameras, the iPhone XS Max reigns supreme as it beats the HTC U12+, Samsung Galaxy Note9 and the Huawei P20. 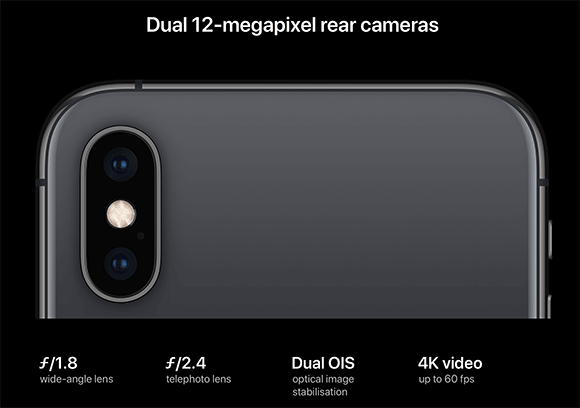 On paper, the iPhone XS Max shares the same specs as last year’s iPhone X which scored 97 points. There are two 12MP cameras at the back which both are optically stabilised. The main camera has a normal wide-angle shooter with an f/1.8 aperture, while the secondary camera has a f/2.4 lens that offers 2X optical zoom.

In reality, the iPhone XS and XS Max uses a newer sensor that offers a larger 1.4-micron pixel size, versus 1.22-micron on the previous model. This should offer better low light performance and dynamic range is also improved with its Smart HDR feature.

After evaluating over 1,500 images and 2 hours worth of videos, DxoMark had given the iPhone XS Max a score of 105 which is 2 points higher than its previous dual-camera champion but 4 points lower than Huawei’s triple-camera flagship, the P20 Pro.

They found the device to be a great performer for still shots and video recording in outdoor bright light situations. For videos, they remarked that the iPhone XS Max is an enticing option for mobile videographers as it offers a very effective image stabilisation system .

SEE ALSO:  Apple MacBook Pro 16 review: Is the grass greener on the other side? 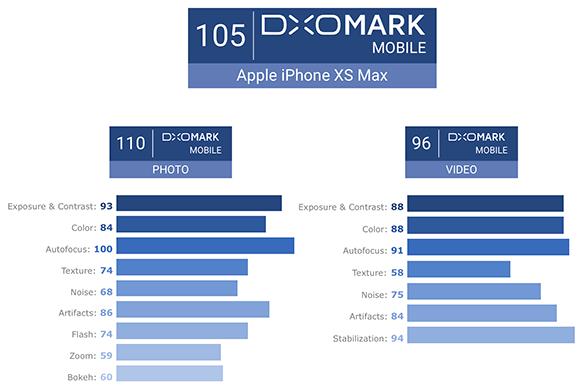 In the photo category, the iPhone XS Max scored 110 while video did 96. Since the iPhone XS Max shares the same camera setup and internal hardware as the iPhone XS, the imaging performance for the smaller model should be similar as well. You can read DxOMark’s camera review here.

Below are the current top 10 devices on DxOMark Mobile for reference.