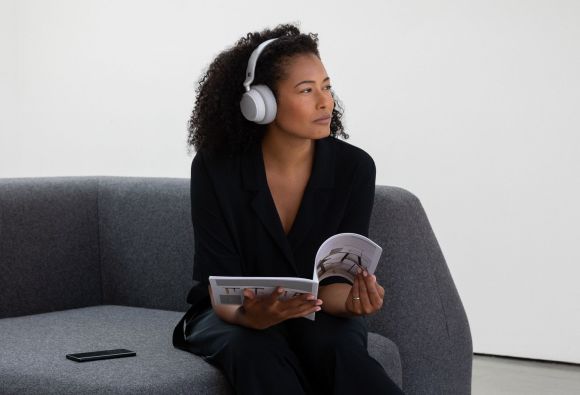 Oh boy, I didn’t see this coming but it looks like we have a brand new competitor in the wireless headphones with active noise cancellation, and it comes from the most unlikely of companies: Microsoft. It’s called the Surface Headphones.

When I first saw them, I was honestly pretty impressed. From the footage I’ve seen, these headphones look great and, in true Surface fashion, they’re all about clean lines, sleek looks and hitting you with a whole bunch of subtlety. One look at them and you know they’re a Surface product and that is awesome. The headphones themselves are designed to be upmarket wireless headphones with active noise cancellation (ANC). Reports indicate that these headphones have been in development for three years and they’re supposed to compete with ANC market leaders like Sony and Bose.

That’s a tall order if I’ve ever heard of one. To accomplish that, Microsoft’s built a couple of neat tricks into its sleeve. Perhaps the most notable thing about these headphones are the two rings on either ear cup that you can rotate. If you turn the dial on the right ear cup, you’ll be able to adjust the volume of your music playback, while the dial on the left cup allows you to linearly adjust noise cancellation, from a lot to none at all, between 13 different levels of ambient noise control. 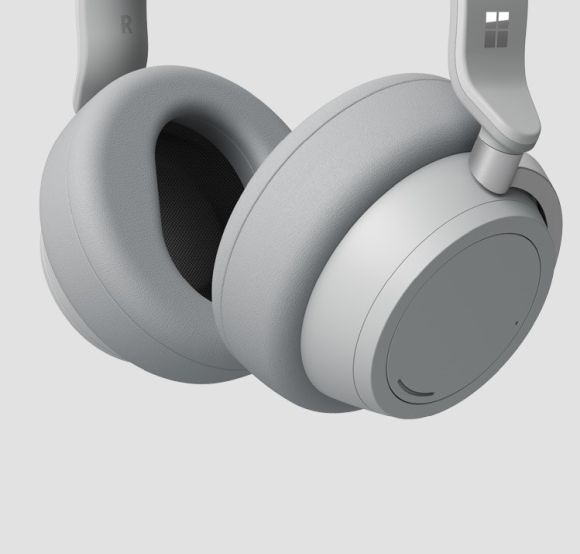 Besides that, these seem like pretty standard upmarket wireless over-ear cans. They’ve got what look like plush pads on each cup that are designed to go over your ear (not on them) so you get a tight seal. The Surface Headphones also have 40mm drivers, support the Hey Cortana voice command as well as let you answer calls, and have touch controls on the ear cups to control your music playback. It also comes with a detachable 3.5mm cable and will automatically pause your music when you take these headphones off your ears. And finally, the thing that triggered me the most was the fact that these headphones charge over USB Type-C. You’re telling me Microsoft thought it was a good idea to slap a USB-C port on their headphones, but not on the laptop-replacement flagship Surface Pro 2-in-1 detachable? Is this a joke? Nevertheless, if Microsoft wants to compete with the likes of Bose and Sony, they’ve got to bring their A-game. So far, things look pretty good, but there was one spec that stuck out to me: Battery life. Microsoft claims that these cans will be able to last up to 15 hours on a single charge over Bluetooth, and up to 50 hours with the 3.5mm cable. Correct me if I’m wrong, but that’s nowhere near the Sony WH-1000XM3 headphones that can last up to 30 hours of Bluetooth music payback on a single charge. Even the Bose QuietComfort 35 II have a rated battery life of 20 hours. On paper, losing 5-15 hours of battery life to their competition doesn’t look too good for the Surface Headphones, but in practice things could be different. I guess I’ll find out if I get a chance to give these headphones a full review. For now, there’s no indication of whether it will come to Malaysia but it will launch in the US for USD350 (around RM1,449).