Most flagship smartphone these days don’t give you the option to expand storage with a microSD card. For Huawei, their top of the line Huawei Mate 10 Pro and P20 Pro come with 128GB of internal storage but if that’s not enough, there’s no way for you to pop-in a microSD card.

However, for the upcoming Mate 20 Pro, it appears that Huawei might be doing something rather different. You could potentially upgrade the storage on their next flagship phablet but it won’t be your typical microSD card. According to the latest leak which provided high quality renders of the device, it appears that Huawei will be introducing a new NM Card. Details are scarce at the moment but from the image above, it will come with 128GB of storage with transfer speeds of up to 90MB/s. This should be good enough for 4K video recording.

The shape of the card looks similar to a typical nano-SIM and we’re guessing that it can fit onto a standard dual-SIM tray. It is quite surprising to see Huawei introducing a new memory card solution. Not too long ago, Samsung had also announced its own UFS card that promises to be 5X faster than microSD. It even shares the same 11.0mm x 15.0mm dimensions as the microSD card but the location of the pins are different. Until now, this UFS card by Samsung have yet to go mainstream and the current Galaxy Note9 is still depended on a microSD card for storage expansion. Apart from the new card, we get to see more images of the Huawei Mate 20 Pro. As seen here, it has an edge to edge display with curved edges. The chin appears to be thinner than the P20 Pro and it comes with a mid-sized notch at the top. If we turn to the back, you’ll find a square camera module with rounded corners which houses its triple camera and LED flash setup. There’s also a folio case with a rather large see-thru area that’s used to display notifications and alerts. If you look around, you’ll notice that there’s no physical fingerprint sensor and it is believed that Huawei will be including an in-display fingerprint sensor like its premium Mate RS Porsche Edition. 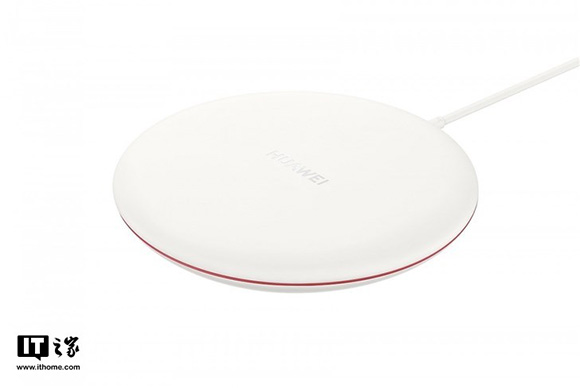 Another new addition is the support for wireless charging. It’s rumoured that it can support a faster 15W output which is double the power of iPhone X’s 7.5W wireless charging. It is also speculated that Huawei will be pushing its wired charging technology further which a more powerful 40W USB-C based charger.

The Huawei Mate 20 series will be announced in London on 16 October 2018. What do you think of Huawei’s new memory expansion card? Let us know in the comments below.