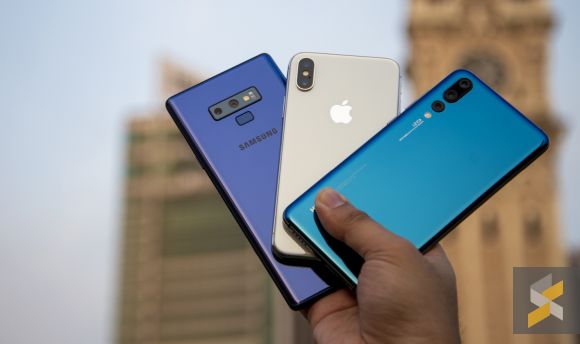 One of the interesting things we noticed when we tuned into the big Galaxy Note9 launch in New York last week was how little Samsung actually talked about the camera. There was no DxOMark score, no huge segment comparing it and its competitors, nor was there much emphasis on the handset’s camera hardware.

Was Samsung unconfident with the Galaxy Note9’s camera performance? Does this best-Note-ever actually have a sub-par camera in its class? Does the Note9’s camera actually suck?

Harrowing times, I know. But we thought we’d find out for ourselves by pitting the Galaxy Note9 with the best smartphone cameras we could find in our smartphone stable. Here’s how the Note9 stacks up to the best.

Before we begin, some background. For this camera comparison, we pitted the Galaxy Note9 against Huawei’s P20 Pro and its triple camera setup, as well as the best from camp Apple — the iPhone X. Those were the best smartphone cameras we still had with us so that’s what we’re going with.

Still, it’s not like these aren’t some of the best smartphone cameras in the market. The P20 Pro has the highest DxOMark smartphone rating ever and legions of die hard fans still swear by the iPhone X’s true-to-life images.

With the contenders established, we took a train down to Masjid Jamek (which, by the way, looks really beautiful now since I was last there maybe half a decade ago) and drew up a series of challenges. We would be testing the three smartphones in these categories:

All the shots you’ll see were taken hand-held with the settings left in Auto. The only time we tweaked the settings was to set the P20 Pro in its dedicated HDR mode because the phone didn’t have an Auto HDR setting, and that’s it.

Let’s take a look at what we’ve got.