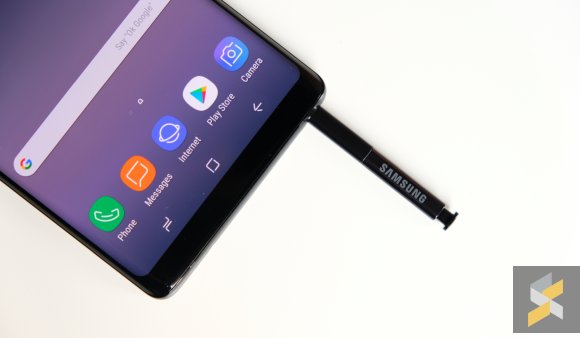 As we are about to enter the second half of 2018, Samsung has just drop their first official teaser of their next flagship smartphone launch. This will be the Galaxy Note9 and the launch is taking place much earlier than usual on the first week of August.

Looking at the past few Galaxy Note models like the Note7 and the Note8, you can expect it to come with a similar design and hardware as the Galaxy S series. However, based on the official teaser below, Samsung could be doing something different for the Note9.

In the video, it shows an S Pen in yellow which is a very odd colour for the productivity focused smartphone series.

Change is coming August 9th 2018. Can you keep up? #Unpacked pic.twitter.com/ToJkS28eXc

It doesn’t say much except for Change is coming on August 9th 2018. Will the Note9 change the way the S Pen works or perhaps the way we unlock our phones with an on-screen fingerprint sensor? Or it could just be a slightly bigger Galaxy S9+ with an S Pen plus additional colour options.

The event is happening on 9 August and Samsung has yet to reveal its Galaxy Unpacked launch venue. As usual, you can catch the event via live stream on Samsung’s website and official YouTube channel.

Since Malaysia is a key market for Samsung, you can expect pre-orders for the Galaxy Note9 to available locally shortly after its global launch. To refresh your memory, the Galaxy Note8 was launched in Malaysia at RM3,999 (with 6% GST) with 64GB of storage. How much do you think the next Galaxy Note would be?