The current Redmi 5 series is barely 7 months old and Xiaomi has just announced the Redmi 6 and Redmi 6A smartphones. These are entry-level devices that are priced under RM500 (799CNY) and both of them offer a taller 18:9 “Full View” display in a more compact package. Instead of a Qualcomm Snapdragon processor, the Redmi 6 is powered by a 12nm Octa-core MediaTek P22 unit that’s mated to 3GB or 4GB RAM with either 32GB or 64GB of storage. Storage is still expandable via microSD on a hybrid SIM tray slot. The Redmi 6 also offers dual-camera at a lower price point with a 12MP f/2.2 main shooter and a secondary 5MP unit for bokeh effects. In front, it comes with a 5MP f/2.2 camera that supports AI beautification. Succeeding the Redmi 5A is the new Redmi 6A. It also gets a 5.45″ HD+ 720p display in 18:9 aspect ratio but it is powered by a 12nm Quad-Core MediaTek Helio A22 processor. Being an entry-level device, it comes with just 2GB of RAM and 16GB of storage which is expandable via microSD. 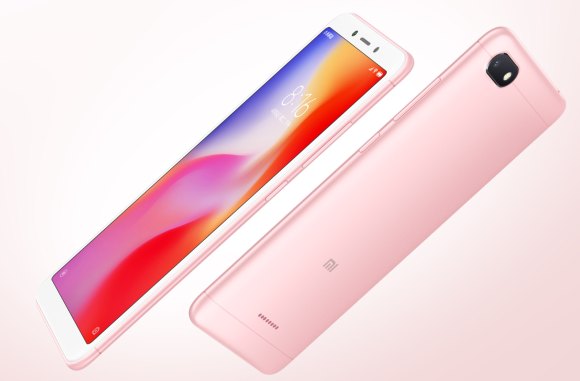 For optics, it gets a single 13MP main camera and a front-facing 5MP shooter. While it doesn’t come with a fingerprint sensor, you can unlock your device instantly with Face Unlock. It also juiced up by a 3,000mAh battery which is also charged via microUSB. The Redmi 6A is officially priced at 599CNY which is about RM373 if converted directly. The Redmi 6 and Redmi 6A support dual-SIM with dual-4G standby with Voice over LTE (VoLTE). Both devices are available only in China but it could go on sale internationally in the months to come.