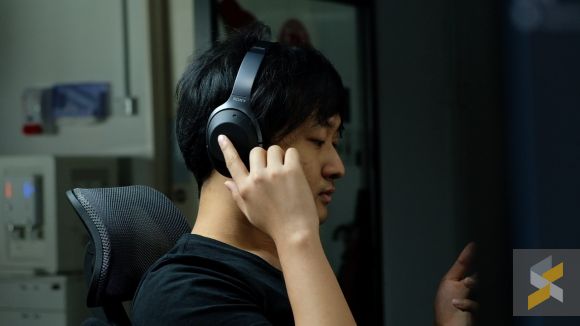 I was enamoured with Sony’s WH-1000XM2 headphones. They were so effortlessly brilliant at what they were designed to do that it was almost a no-brainer. Honestly, the only thing that would stop me from recommending these awesome wireless headphones to anyone was their RM1,599 price tag. Granted, it was still excellent value considering the competition, but it is still a lot of money.

Now though, things are a little different. Actually, they’re RM570 different because that’s exactly how much you’ll be shaving off the RRP if you pick up a pair during this sale. At 9am on the 26th of April 2018, the official Sony store on Shopee will be putting their stellar wireless over-ear headphones with Active Noise Cancellation (ANC) on sale for RM1,029. Yeap, you can pick up a pair of Sony’s WH-1000XM2 headphones for just RM1,029 — RM570 less than their RRP of RM1,599. This is the lowest I’ve seen these headphones retail for yet so if you’ve been eyeing this puppies, now may be the best time to pick up your very own pair. They have fairly limited stock though, so you might want to hurry if you don’t want to miss out. Of course, if you miss these, Sony is also putting their WI-1000X and WF-1000X in-ear wireless headphones with ANC on sale for RM989 (from RM1,499) and RM549 (from RM899) respectively. Unfortunately, I can’t tell you how good the ANC is on these headphones are because they don’t fit my ears.

If you’re feeling particularly baller, you can enter the Shopee code REVO150 which will give you RM150 off with a minimum spend of RM2,000. Keep in mind this code is only valid when you use the Shopee App (Android, iOS).

To learn more about the Sony WH-1000XM2 headphones and why I love them so much, check out my full review. Now excuse me while I check my bank balance…