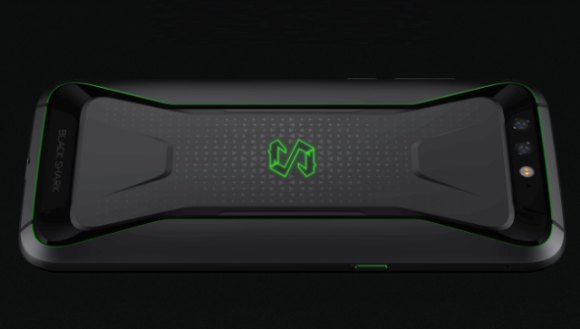 Last week, Xiaomi has unveiled the Black Shark, a high-end gaming smartphone that could take on the Razer phone. If you’re interested to buy one in Malaysia, you can get it as early as the end of this week through a grey importer. To recap, Black Shark is a Xiaomi-backed gaming brand and the first device is a 5.99″ smartphone that comes with an 18:9 display aspect ratio. There’s no fancy 120Hz refresh rate like the Razer but it pushes a Full HD+ resolution of 2160×1080 with a brightness of 550 nits.

Underneath its rugged exterior, it gets a Qualcomm Snapdragon 845 processor that’s mated with up to 8GB of RAM and has storage of up to 128GB. To ensure that you can game for long, it has liquid cooling which helps to prolong maximum performance without throttling.

It has dual speakers, a front facing 3rd mic and a SHARK mode which ensures maximum performance for your game. There’s also a special game dock which lets you disable notifications and other setting toggles so that you can game without distractions.

In terms of imaging, it gets a dual-camera setup consisting of 12MP + 20MP cameras with f/1.75 aperture. Over at the front, it gets a single 20MP f/2.2 selfie camera. Powering the device is a 4,000mAh battery which charges via USB-C. Unfortunately, there’s no headphone jack. The 6GB RAM + 64GB storage version is going for RM2,599 while the 8GB RAM + 128GB storage model is priced at RM2,999. If you’re interested, you can pre-order from Mobile2Go. The Black Shark game controller is included as well and take note that this is an import set. Stocks are expected to arrive on 26 April 2018.

SEE ALSO:  Can you buy an audience?

UPDATE: Retailer DirectD is also offering the Black Shark with stocks expected to arrive on 25 April 2018. They are selling it at a lower price tag of RM2,499 for the 6GB RAM + 64GB storage model and RM2,899 for the higher-spec 8GB RAM + 128GB storage option.

UPDATE 2:: Another retailer is selling the Black Shark and it’s going from as low as RM2,439 with stocks expected to arrive on 25 April.

Thanks CT Kok for the tip!