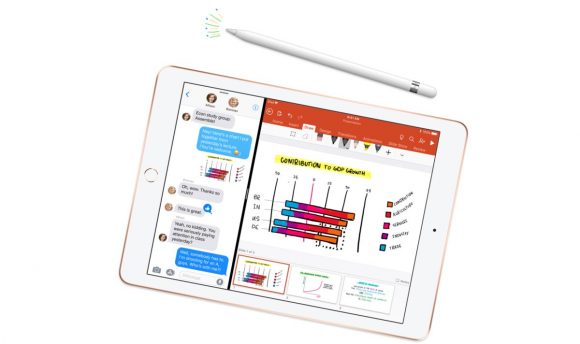 The latest entry-level 9.7″ iPad for 2018 is finally here in Malaysia and it’s probably all you ever need from an iOS tablet. It gets a newer Apple A10 Fusion chip from the iPhone 7 and it also supports the Apple Pencil which was previously exclusive to the iPad Pro series. On top of that, it’s also RM100-RM250 cheaper compared last year’s model at the time of launch. The iPad 9.7″ for 2018 is available in Silver, Gold and Space Grey. You can get it with either 32GB or 128GB of storage in WiFi only and WiFi + 4G LTE options. Below is the Malaysian pricing on the official Apple Online Store:

Over at the front, it still retains a 9.7″ Retina Display that pushes 2048×1536 resolution and a home button with built-in TouchID. The rear gets an 8MP f/2.4 main camera that can shoot FullHD videos and there’s also a 1.2MP front camera for selfies and HD FaceTime. Like previous iPad models, it is rated to last up to 10 hours of usage on a single charge.

If you want to get the Apple Pencil, it is sold separately at RM419. For greater productivity, you can connect it to a bluetooth keyboard like this Logitech Slim Folio Case that’s going for RM449.