There’s been a lot of talk recently about Uber selling their Southeast Asian business to local ride hailing service Grab. Today, those rumours and speculations are put to rest as Grab officially announces that they’re taking over operations for Uber in Southeast Asia.

Here’s what that means. Grab will integrate Uber ride-sharing and food deliver service in region into its existing platform, towards becoming the #1 online to offline platform in Southeast Asia. This is also the largest deal of its kind in Southeast Asia.

As part of the acquisition, Uber will take 27.5% stake in Grab and Uber CEO Dara Khosrowshahi will join Grab’s board. 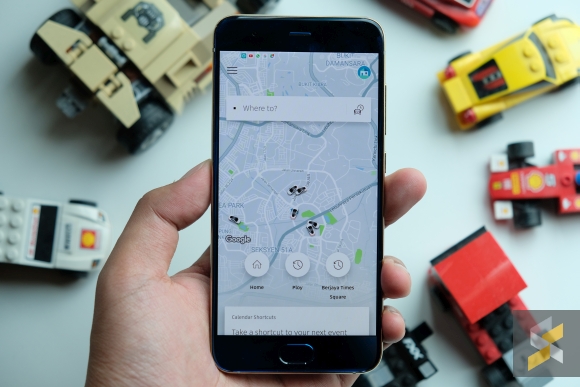 For the time being, nothing will change. Grab has announced that the Uber app will still continue working in the Southeast Asian region for another two weeks ending on the 8th of April 2018. Once that date arrives, you’ll have to use the Grab app (Android and iOS) if you want to hail a ride in this region.

Your Uber account and the Uber app will remain active and can be used in any country with Uber outside of Southeast Asia. Keep in mind that any data that you’ve previously shared with Uber (excluding payment information) will be transferred to Grab but will not be visible in the Grab app.

Regarding fares, Grab says that nothing will change so if you’ve been using Grab your trips should still cost about the same. Of course, there is some variance in pricing between Grab and Uber prices so frequent Uber riders will have to take that into consideration. UberEats will continue to operate until the end of May, after which, the delivery and restaurant partners will move to the GrabFood platform. UberEats is currently available in KL, Petaling Jaya, TTDI and Bandar Sunway. According to Grab, you can expect the same food prices as before in UberEats.

Is Uber withdrawing from Southeast Asia?

The announcement marks the third time that Uber has ceased operations as a brand in a market. Previously Uber sold its China business to Didi Chuxing and merged its Russia operations with tech firm Yandex.

However Uber’s Khosrowshahi, in a response to question from his employees affirms that the latest announcement is not a move to consolidate the business.

He wrote: “It is fair to ask whether consolidation is now the strategy of the day, given this is the third deal of its kind, from China to Russia and now Southeast Asia. The answer is no.

“One of the potential dangers of our global strategy is that we take on too many battles across too many fronts and with too many competitors. This transaction now puts us in a position to compete with real focus and weight in the core markets where we operate, while giving us valuable and growing equity stakes in a number of big and important markets where we don’t”