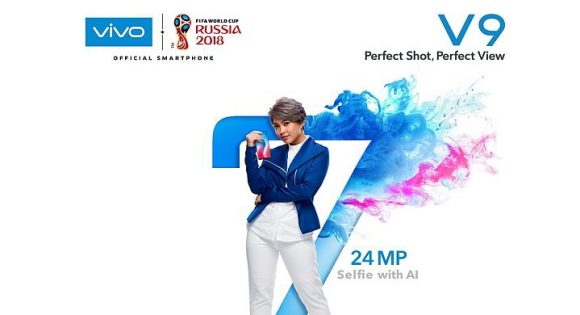 If you’re looking for a new selfie-centric smartphone that runs Android and comes with a “notch” display, the vivo V9 is launching in Malaysia very soon. The local launch event was teased by vivo’s Malaysian Fan Club page on Facebook and it’s happening right before Huawei announces its upcoming P20 flagship.

Based on the postings on the Facebook page, the vivo V9 will be revealed in Malaysia on next Monday, 26 March 2018. At the moment they are running a selfie contest where you can stand a chance to win a limited edition headset.

To recap on the specs, the vivo V9 is the successor of its current V7 series. It will feature a 6.3″ FullHD+ IPS display that pushes a taller 2280×1080 pixels resolution in a 19:9 display aspect ratio. Under the hood, it will run on a Snapdragon 626 processor with 4GB RAM and it comes with 64GB of expandable storage. For imaging it gets a 24MP selfie shooter while the rear gets a 16MP + 5MP dual camera setup that’s capable of shooting 4K videos. The V9 also gets AI beautification, AR stickers and Face Unlock. Powering the device is a 3,260mAh battery and it is said to be running on the latest Android 8.1 with FunTouch OS skin on top.