When Apple announced the iPhone 7, they took a controversial and “courageous” move to remove the traditional 3.5mm audio jack. The decision to drop the old jack was said to be necessary as the port was analogue and outdated. They reckon that it is better if audio is pushed digitally through its lightning port or you can simply go wireless with their AirPods. Other smartphone makers have made a similar move in order to save on space or to go fully digital with active noise cancellation like HTC and Xiaomi.

When Sony introduced their latest Xperia XZ2 and XZ2 Compact at MWC 2018, many didn’t expect them to ditch the headphone jack as well. Was it to save on space? Not really and the Xperia XZ2 is actually quite thick at 11.1mm. As a comparison, the previous XZ1 was much thinner at 7.4mm and that still came with a headphone jack.

According to Sony Mobile, they have removed the headphone jack due to its Ambient Flow design language and it was necessary to create a beautiful seamless design. And on top of that, they added that it was also due to the market trend where people are leaning towards wireless headphones.

We know Sony makes excellent wireless headphones but surely that isn’t a good reason to kill the headphone jack that’s still used by many. According to Sony, they will include a USB Type-C to 3.5mm adapter in the box but that also means you can’t use your headphones while you charge the phone at the same time. If you want to do that, you would need to fork out more for this 2-in-1 USB Type-C accessory from Sony. 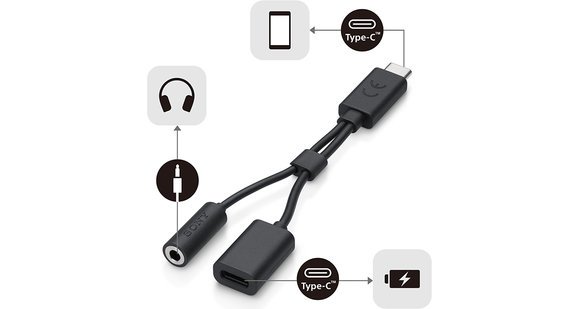 What do you guys think? Is this a good excuse for dongle-life?

Below is the FAQ from Sony Mobile:

But can I still use wired headphones with XZ2 or XZ2 Compact?
Yes absolutely, both new smartphones come boxed with an adaptor. This will also support Hi-Res Audio.

We also discovered something interesting on the FAQ which touches on their new Super Slow-mo feature. While Samsung has finally caught up with its 960fps super slow-mo, the Xperia XZ2 now boasts a higher resolution capture in Full HD. However, it turns out that it has its own drawbacks. While HD 720p resolution provided 6 seconds of slow-mo footage (from an approximately 0.2 seconds moment), you will only get half the time (3 seconds) when you record in FullHD. As a result, your window to press the shutter button is even smaller (0.1 seconds) and you need have quick reflexes if you plan on capturing in Full HD.

How has Super slow motion been upgraded on XZ2 and XZ2 Compact?
It is now possible to record in Full HD 960fps. In the case of Full HD (1080p), the duration of slow motion is three seconds. 720p offers up to six seconds, giving you lots of choice to be super creative with your smartphone videos.

If you haven’t seen it yet, check out our first impressions of the Xperia XZ2 and XZ2 Compact.