There’s no denying that Xiaomi‘s original attempt at the “bezel-less” smartphone, 2016’s Mi MIX, was an impractical device. It was big, thanks to the large screen and not so slim 17:9 aspect ratio, heavy, and a little too slippery because its innards were encased in a polished ceramic shell.

But I loved the crap out of that smartphone. It was fascinating, edgy and a big middle finger to the already established cookie cutter smartphone look. Needless to say, I was really excited for the new Mi MIX 2 because I was hoping Xiaomi would make it more bonkers than ever.

But they went ahead and did exactly the opposite.

The smartphone you end up with is, in my personal opinion, a completely different kind of product than the handset it succeeds. Now, before I take you down this rabbit hole, let me first do my due diligence and tell you about the smartphone. Xiaomi’s Mi MIX 2 pretty much everything you’ve come to expect from a flagship handset. It has top of the line specs in the form of a Snapdragon 835 octa-core processor, 6GB of RAM and up to 256GB of internal storage. There’s even a special-edition MIX 2 which sports 8GB of RAM and 128GB of internal storage so power isn’t lacking here. It does run on MIUI, though, which isn’t exactly my favourite OS. Battery is also a lot smaller, coming in at 3,400 mAh, but for its class, it’s not too shabby. Its screen adopts the more “common” 18:9 aspect ratio pushed by today’s flagship smartphones so its far narrower in the hand. Size has also taken a hit, trimming things down to a far more manageable 5.99 inches pushing a resolution of Full HD+ 2160×1080 pixels. Just holding both smartphones side by side, I have to say, the Mi MIX 2 has the better-looking panel because it’s brighter and more vibrant than its older sibling. However, due to the MIX 2’s rounded frame, the bezels look noticeably thicker than the Mi MIX which is a bummer. They are, however, by no means “fat” bezels. Since the bezels are a little bigger and sides less slippery, it is a lot easier to hold.

SEE ALSO:  Redmi Note 9 and Note 9 Pro: Everything you need to know Speaking of the rounded edges, Xiaomi’s Mi MIX 2 also mixes things up in the material composition of the handset’s body. Instead of opting for a fully ceramic body, Xiaomi’s gone for a ceramic back (curved ever so slightly on all four sides) plus a metal frame that’s made out of 7000 series aluminium and the effect is…underwhelming. It just doesn’t feel as special as the original Mi MIX because it feels more like a Samsung or an HTC flagship. There is, of course, a fully-ceramic version where the entire back and sides are machined out of a single block of ceramic, but I didn’t manage to get my hands on that particular device. Besides that, Xiaomi also slapped on the primary camera from their company’s flagship Mi 6, coupled with 4-axis OIS. As far as I can tell, from my brief time with the Mi MIX 2, the camera is pretty good. It seems about on par with the Mi 6, though it feels a little snappier when HDR is on. I will definitely give this a more thorough test for the full review. Since Xiaomi stuck to their concept of cramming everything at the bottom of the smartphone, their 5MP selfie shooter also remains right there at the bottom so you can easily block it with your palm. Sure, they’ll give you a quick prompt telling you to flip the phone on its head, but honestly who has time for that? Since we’re on the front of the phone, I was also a little disappointed to find that Xiaomi didn’t try for an under-screen fingerprint scanner because if they became the first company to nail that, it would have been pretty epic. But they didn’t take the risk and that does seem like a common theme for this handset. The MIX 2 is definitely a grown-up device. It’s far more practical than its predecessor and far more usable as a daily driver. There’s no stupidly slippery body and no vibrating-screen-earpiece-that-isn’t-actually-an-earpiece (it’s now a normal earpiece like the Essential Phone’s), because other people could hear your calls. But with all that madness gone, what you end up with is just another smartphone.

It reminds me a lot of the LG G6 and that very fact disappoints me. Not because the G6 is a bad smartphone, but because the original MIX was in a class of its own.

By growing up and being a proper smartphone again, it takes away the magic and jaw-dropping wow-factor that propelled its predecessor so high up my list of favourite smartphones. And by being “just another flagship smartphone”, the MIX 2 becomes vulnerable to common smartphone criticisms too. I’m talking about a lack of IP68 dust and water resistance. And the lack of a headphone jack. And the tiny camera bump in an otherwise flush back that causes the phone to rock slightly on a desk. And even things like the fact that its earpiece stereo speaker setup is too biased to bottom speaker.

I didn’t mind it when the old phone lacked some practical features because it wasn’t trying to be a practical phone. It was Xiaomi making a statement that rang loud and clear: “We wanted to do something, we went out and we did it. Bite me”. That made all the difference because the Mi MIX made an impact and it wow-ed the world over in a way not many phones could. And that’s just something I don’t get with the Mi MIX 2. While I don’t think there is a world where the more practical MIX 2 won’t be successful with its starting price tag of CNY3,299 (around RM2,130), I also have to remember that the mantra has changed and Xiaomi’s MIX 2 isn’t all about pushing the envelope anymore.

That means I’ll have to go back to waiting for the next big thing. 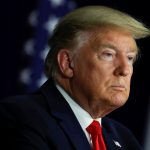 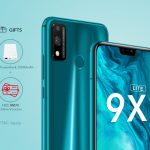