HTC has just confirmed that its HTC One X and HTC One X+ flagship models will not be receiving software upgrades beyond its current Android 4.2.2 Jelly Bean version. This is certainly quite a disappointment for existing users especially when Android 4.4 KitKat was designed to work with lower spec devices even with 512MB of RAM.

The full HTC statement below:

We can confirm that the HTC One X and One X+ will not receive further Android OS updates beyond Android 4.2.2 with Sense 5. We realize this news will be met with disappointment by some, but our customers should feel confident that we have designed both devices to be optimized with our amazing camera and audio experiences.

The HTC One X & One X+ runs on Nvidia’s Tegra 3 processors at 1.5GHz & 1.7GHz respectively with 1GB of RAM. Based on HTC’s infographic on Android OS update roll out, the decision is probably due to the Tegra 3 limited support for newer OS or HTC can’t seem to dedicate resource to work on the update.

Nevertheless, it isn’t the end of the road for the adventurous as it is possible to upgrade HTC One X/X+ to the latest Android 4.4 KitKat unofficially through Custom Mods such as CyanogenMod. 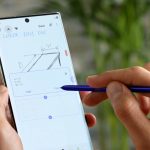 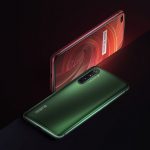