If you’re an Android user or looking at buying one, you would be familiar with the word Froyo. Froyo which is the codename for Android 2.2 has been the buzzword lately for anything Android. So far, the Android 2.2 is only available for Google’s own Nexus One while other Android handsets are still stuck with Android 2.1 Eclair or below.

So what’s the big deal of Android 2.2? Does it make a big difference from its previous Android 2.1? We compare a Nexus One updated with Android 2.2 and a HTC Legend running on Android 2.1 plus the extra enhancements that HTC has added in.

Home Tab
First, you’ll notice a new home screen. Now it comes with dedicated tab for phone, programs & Browser. Previously there’s only a single tab to show programs and you’ll need to make a shortcut for Phone and Browser on the home screen space. Compared to HTC’s version of Android 2.1, looks like both home screens are on par now. When Nexus One was released with Android 2.1, multi touch was not supported on browsers & maps. We had to make do with the annoying +/- buttons at the bottom right. Now it is good to know that multi touch is supported! Since we can pinch to zoom in/out, perhaps it is time for Google to remove those on-screen zoom buttons. Now the Nexus One has native support for Flash. Previously this wasn’t available officially. As comparison, HTC’s Legend did came with Flash support albeit running Flash Lite 4 not the full fleged Flash 10.1 that came with Android 2.2.

From our understanding, Flash Lite 4 has some script limitations for Flash and obviously the Flash 10.1 is the real deal. From our experience, both works just fine for typical web browsing. Even a complex Google Analytics does work on the Legend’s Flash Lite. Also new on Froyo is the ability to do Internet Tethering to your PC via USB and WiFi to share your phone’s internet connection. There’s a new option to create your own WiFi hotspot on Froyo. The WiFi hotspot set up is pretty simple with only 2 security protocols: Open and WPA2 PSK. HTC already has USB tethering all these while but WiFi Tethering makes it better. You don’t need to lug another MiFi with you.

Twitter App and Social Network integration
The official Twitter app for Android comes pre-installed as well. It is heaps better than HTC’s Peep. On Social networking intergration, Google’s contacts looks very bland and HTC’s People contacts does a much better job in keeping you update with what your friends are up to. This was a big annoyance in the past. It was silly of Google not to allow copy function which was a mockery on the iPhone. With the new update finally you can copy text from your Gmail but it involves just too many steps on the menus. On the HTC, its own Email client offers Copy and Paste function by simply tap and hold.

Speaking of Email, the built in email client for the Nexus One is still basic. Despite Gmail allow copying, the Email client doesn’t allow you to do so. Microsoft Exchange Global Address book now is supported however it is works when “searched more” under contacts or while typing the name of a contact.

SEE ALSO:  Google wants you to 'Shark Tank' your start-up for their virtual accelerator event

HTC’s Android 2.1 does support Global Address Book on the Legend and it is better integrated with the contacts function. Improved Input Keyboard
Compared to HTC’s keyboard, Google’s plain vanila keyboard looks really bare and it lacks the extra characters and symbols upfront. In the froyo update however, there’s something extra which not many are aware. THere’s a hidden set of characters when you swipe upwards on the keyboard. This really provides quicker access. However we still prefer HTC’s press and hold method as swipping upward is pretty awkward. Check out the comparison below:

No chinese input supported by default on the Nexus One while the HTC does support Chinese Pinyin and handwriting.

Application installed on SD
Most Android users today are limited by a 512MB ROM for app installation. Even if you can fit a 32GB microSD, there’s no way of moving your apps over. This problem is solved with the new Froyo update. Great, except for one collosal problem. How do we do that? There’s no way to move or make an app install onto the SD Card. When we download a new app from the Market, we expected a prompt to select which media to save in but that didn’t happen. Not sure if this feature is app dependent or it only happens when you run out of space on your device.

Security Screen Lock
In addition to the pattern security lock, Froyo adds a numberic Pin lock and alphanumeric password option. Alphanumeric? Is that really necessary? The problem with Android’s security is that it prompts to unlock even right after you switched off the screen. Google should give a time based security lock like how iPhone does it.

Conclusion
Android 2.2 Froyo definitely give more native features that makes a lot of difference. Ability to create WiFi hotspots, improved input keyboard, multi touch and Flash 10.1 are a game changer for the Nexus One. There are some areas that Google needs to polish up, particularly Copy & Paste and also the storage of apps into microSD which doesn’t makes any sense to us right now.

Comparing HTC’s enhanced version of Android 2.1 side by side with the updated Nexus One, we realised how much customisation HTC has developed to make their Android device a joy to use. The bare Android OS seen on the Nexus One is really raw and manufacturers like HTC had put in the extra effort to fill in the gaps that enhances the usability. It is amazing that some of these enhancements on an older 2.1 could be better than the original Android 2.2.

What’s our take on this? If you’re a HTC user with the latest HTC Sense on Android 2.1, Froyo won’t really make much a difference in usability since HTC had worked out most of the stuff out for you. The only key differentiator would be WiFi Tethering via Hotspot and extended app storage to memory card.

That said, doesn’t mean HTC and the rest of the Android manufacturers can rest on their laurels. We still want to see Android 2.2 upgraded on as many devices out there. Not forgetting a special reminder to Sony Ericsson that seems to be stuck on Android 1.6 until today.

We mentioned before that Android 2.2 is rumoured coming to HTC Desire on 23rd of June. We could only wait until then to find out. 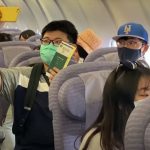 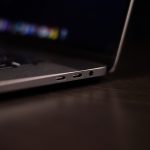