Samsung has now released a list that shows all eligible Galaxy devices. This includes:

The list finally clears up the speculation as to which A-series devices will receive the longer-term support. Samsung sells more of the inexpensive A-series models that include the Galaxy A51 and A71.

But due to the fact that the run on less powerful hardware, they may not be suited to run on newer versions of the operating system. To be fair, it is unclear what the hardware requirements for new versions of Android.

It is also great to see that Samsung has not forgotten its tablets given that they are one of the few manufacturers still making Android tablets. The recently announced Galaxy Tab S7 series look like competent productivity devices that combine the power of a PC and flexibility of a tablet and connectivity of a smartphone.

“As people hold onto their devices for longer, we are working to bring secure protection and exciting new features to the devices already in their hands,” said Samsung Electronics’ senior vice president and head of software platform team, Janghyun Yoon.

He reasoned that by supporting three generations of Android OS upgrades, Samsung is extending the lifecycle of its Galaxy products. One is example is the Galaxy S20 line-up, that was recently introduced in February of this year and will be the first Galaxy devices to receive the Android 11 upgrade later this year. It adds that other devices will follow shortly after.

It is encouraging to see Samsung steadily improve its software support for its high-end smartphones, reducing the time for major updates to reach its phones. Let’s hope other smartphone makers follow Samsung’s lead and do the same for their devices.

For more information about Samsung’s Galaxy devices visit their website. 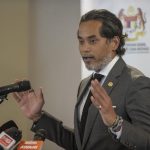