OnePlus will be unveiling its new Nord series next week that is expected to be priced under USD 500. From what we know at the moment, the Nord will be running on a Qualcomm Snapdragon 765G processor. It appears that OnePlus might introduce a cheaper variant that still runs on a Qualcomm processor with 5G.

A new OnePlus was spotted on Geekbench with the model number BE2028 and it is different from the AC2003 that was listed earlier. It is an 8-core unit clocked at 1.71GHz and it appears to come with 6GB of RAM.

Since OnePlus has been releasing a pair of devices for its recent launches, it is possible that this could end being the Nord Lite, or perhaps the higher-spec Snapdragon 765G version is marketed as the Nord Pro.

It is obvious that OnePlus wants the Nord series to capture the mass market and it would be interesting to see if OnePlus would sacrifice its fluid display for the cheaper Nord. The biggest question is how low can OnePlus Nord’s price go? Another possibility is that this particular unit which was spotted on Geekbench could just be a test device that won’t be released at all.

The device will be unveiled on the 21st of July 2020 through an AR launch event. As revealed by the local team, the Nord is definitely coming to Malaysia very soon. 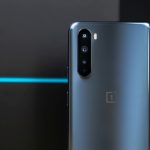