As hinted earlier, Honor is introducing a new laptop in Malaysia next month. The Huawei sub-brand has just revealed that the MagicBook 14 will be revealed on the 6th of July and it will be powered by an AMD Ryzen 5 processor.

From the teaser image, this appears to be the same variant as the one that was launched in Europe. The lid of this version comes with blue highlights and it gets a more squarish appearance.

According to Honor, the new MagicBook 14 weighs 1.38kg and it boasts up to 10 hours of battery life from a single charge. It also charges via USB-C and it supports 65W fast charging. With the bundled power adapter, the laptop can get 46% charge in just 30 minutes on the cable.

The MagicBook 14 comes with a 14″ Full HD IPS display that comes with narrower 4.8mm bezels and has a screen-to-body ratio of 84%. In Europe, the device runs on a Ryzen 5 3500U processor with Radeon Vega 8 graphics.

It can be configured with 8GB DDR4 RAM and up to 512GB of SSD storage. It also gets a power button with an integrated fingerprint sensor and a pop-up webcam that is hidden between the function keys.

The new MagicBook 14 is already listed on Honor Malaysia’s website and we are getting the 8GB RAM + 256GB SSD model. It comes in Mystic Silver and out of the box it runs on Windows 10 Home.

As a comparison, the current MagicBook that was introduced in Malaysia sometime in March has a very different exterior. It is heavier at 1.45kg and although it still has a 14″ Full HD IPS display, the screen has thicker 5.2mm bezels and a lower screen-to-body ratio of 81%. This is partly due to the webcam that’s positioned at the top of the screen. Although it runs on the same Ryzen 5 3500U processor with 8GB of RAM, this earlier version comes with 512GB of SSD storage.

SEE ALSO:  Honor MagicBook 14 Malaysia: Everything you need to know

With a retail price tag of RM2,299, this MagicBook is quite a bargain for those looking for a new laptop under RM2,500. You can check out our MagicBook review here.

We still don’t know the pricing for the new MagicBook 14 and we are guessing that it could still be priced under RM2,500. Although it has a sleeker design and it’s 70g lighter, it sacrifices on storage with just 256GB onboard. If both MagicBook models are priced the same, which would you go for? Let us know in the comments below. 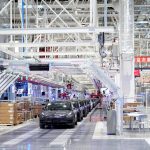