The iPhone SE 2020 was launched recently, with Apple’s most affordable current-generation iPhone offering an interesting compact package with flagship internals. However, the upcoming iPhone 12 is set to launch later this year, and rumours have already appeared showing off its possible design. And now, an interesting tidbit has emerged online: the iPhone 12 could be smaller than the iPhone SE 2020.

According to EveryApplePro, the CAD-based render of the smallest iPhone 12 (with a 5.4″ display) is a more compact package than the new iPhone SE. Despite the iPhone SE sporting a smaller display at 4.7″, a rather large forehead and chin—where the Touch ID home button sits—makes it larger as an overall package.

Additionally, the new iPhone 12 is expected to arrive with a notch, along with the same LiDAR scanner that the 2020 iPad Pro has to help with AR-based tech. Based on the mould from above, it also looks like the bezels of the iPhone 12 look pretty slim, which play a big part in the overall small package.

On the back of the device, it looks like we’ll see the return of the same large, prominent camera bump. And just like the iPhone 11, this could mean that Apple has still gone with a large camera bump on their smallest model, despite only two lenses on the iPhone 11.

Additionally, we’ll also be seeing the new A14 Bionic chip on all iPhone 12 models, along with OLED displays and 5G connectivity across the board. However, given that the iPhone 11 launched at a starting price of RM3,399, the iPhone 12—while smaller—will probably still cost significantly more than the iPhone SE 2020.

SEE ALSO:  Honor 9A Malaysia: Everything you need to know

New iPhones are usually announced in September every year, although the COVID-19 pandemic might meant that we’ll be seeing a launch a little later this year. Regardless, we do expect to see the new iPhone 12 range revealed by the end of 2020. 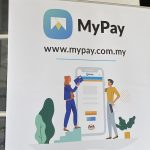