To bring 5G to the masses, Xiaomi has announced its new Redmi 10X series. The Redmi 10X Pro and Redmi 10X 5G are the first smartphones to run on MediaTek’s Dimensity 820 SoC and they are capable of supporting two 5G SIMs on standby.

Sitting on top of the lineup is the Redmi 10X Pro 5G and 10X 5G. Both are quite similar but they differ in the camera setup, NFC support and bundled chargers.

Both 5G devices feature a 6.57″ Samsung AMOLED display with a tiny notch at the top. It pushes a Full HD+ resolution of 2400×1800 pixels, 4,300,000:1 contrast ratio and a maximum peak brightness of 800 nits. It also comes with an optical in-display fingerprint sensor.

According to Xiaomi, the Redmi 10X is currently the highest performing mid-to-high-end smartphone thanks to the new MediaTek Dimensity 820 processor with a Mali-G57 MC5 GPU. It is based on a 7nm process featuring 4x ARM Cortex-A76 cores and 4x ARM Cortex A55 cores. On Antutu, the Redmi 10X claims to achieve an AnTuTu score of over 410,000.

The 10X 5G series can be configured up to 8GB of LPDDR4X RAM and up to 256GB of UFS 2.1 storage. To keep things cool, the device comes with a suspended heat pipe with a 5-layered graphite solution.

In the camera department, the Redmi 10X Pro gets a quad-camera setup that consists of a 48MP main camera, an 8MP ultra-wide-angle lens. In addition, it also comes with an 8MP telephoto camera with OIS that offers 3x optical zoom, 5x hybrid zoom and up to 30x digital zoom. Also included is a 5MP macro shooter and it gets a 20MP selfie shooter.

SEE ALSO:  You can now get the Xiaomi Mi Band 5 Malaysia

For the Redmi 10X 5G (non-Pro), it gets a triple-camera setup that also comes with a 48MP main and 8MP ultra-wide-angle shooter. However, it lacks the telephoto and macro camera, and the third camera is a 2MP depth sensor. Meanwhile, the selfie camera is a notch below with a 16MP front camera.

In terms of connectivity, the Redmi 10X 5G models support 5G networks in both SA and NSA architecture, it can connect to two 5G networks simultaneously. It also supports 802.11ac WiFi and Bluetooth 5.1.

Both devices also get a respectable 4,520mAh battery that supports Quick Charge 3.0 via USB-C. The Redmi 10X Pro model gets a 33W fast-charger while the Redmi 10X 5G settles for a 22.5W power brick. The devices also feature a 3.5mm headphone jack, an IR blaster but NFC is only offered on the Pro model.

Below is the official pricing of the Redmi 10X 5G lineup in China:

Xiaomi has also introduced a 4G version of the Redmi 10X that comes with a 12nm MediaTek Helio G85 processor. This is essentially a rebadged Redmi Note 9 that’s launched in Malaysia.

It comes with a 6.53″ Full HD+ LCD display that comes with a punch-hole on the top left corner. The device is offered with either 4GB or 6GB of RAM with 128GB of internal storage which is expandable via microSD.

For taking pictures, it has a quad-camera setup consisting of a 48MP main camera, an 8MP ultra-wide-angle lens, 2MP macro camera and a 2MP depth sensor. For selfies, the punch-hole houses a 13MP front camera.

Powering the Redmi 10X 4G is a 5,020mAh battery and it is bundled with a 22.5W fast charger. Unlike the 5G variant, it comes with a rear-mounted fingerprint sensor. Below is the Redmi 10X 4G pricing in China: 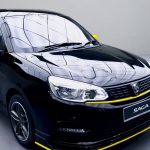