Ever since the outbreak of the coronavirus disease, governments have been fighting the spread of fake news about the deadly virus through social media. In an effort to disseminate the right information, the World Health Organization (WHO) has created a TikTok account with videos that range from teaching people how to wash their hands to who should wear a mask.

As TikTok is one of the most popular social media platforms especially with Generation Z, WHO decided that this will be an effective way to get information out to younger people. Before joining TikTok, the WHO was facing what they called an “infodemic” which made it difficult for the public to get reliable information.

For their first video, Benedetta Allegranzi—organisation’s technical lead of infection and prevention and control—explained how people can protect themselves from the virus.

Benedetta informed viewers to regularly wash their hands and avoid close contact with sick people. She also demonstrated how to properly cough and sneeze into an elbow.

We are joining @tiktok to provide you with reliable and timely public health advice! Our first post: How to protect yourself from ##coronavirus ?

Besides that, the health organisation also uploaded a second video which talked about who should be using masks. In their video, the WHO explained that masks should only be used by health workers, caretakers and people with possible symptoms.

In the video, the WHO stated: “If you don’t have respiratory symptoms, such as fever, cough, or runny nose, you don’t need to wear a medical mask,”

And this is important because reports have indicated that medical masks are in short supply as the coronavirus spreads across the globe. If everyone starts buying or hoarding masks, then the caretakers or sick people who actually need the masks will have difficulty securing them.

When & how should masks be worn in order to protect against the new ##coronavirus ?

WHO’s TikTok account has achieved a supportive following in a short time. Within a few days, the account acquired more than 184,000 followers. The first video has earned 372,400 likes and the second video nearly 845,600 likes.

According to the MIT Technology review, WHO and the research team have spent the last couple of weeks fighting against the misinformation regarding the virus on social media platforms like Facebook, Twitter, Weibo and WeChat.

However, these popular social media platforms have been flooded with fake news about the novel coronavirus over the past few weeks, with some users spreading fake news or pretending to be infected. On top of that, many TikTok users have also made memes in reaction to the epidemic, which I personally think it’s bad.

That said, we have seen countries use social media platforms to great effect when spreading awareness about the COVID-19 virus. For example, in Vietnam, the government has published an incredibly catchy song that works as a public service announcement (PSA) to teach their citizens proper handwashing techniques.

This song then became its own TikTok dance challenge and was even featured on American comedy show Last Week Tonight by John Oliver. 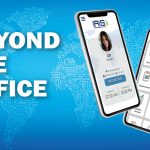