It appears that Google is still trying to find a solution where they can continue to work with Huawei. According to a report by a German publication, the search giant has applied for an exemption which will allow them to provide Google apps and services including Gmail, Google Maps, YouTube and PlayStore on new Huawei devices.

It isn’t clear when the application was made and how soon it can be granted. Since the restriction on Huawei was announced in May 2019, new Huawei and Honor smartphones can’t be shipped with Google apps and services pre-installed. This affected newer models which include the Huawei Mate 30 and Honor View 30 series.

However, the Chinese smartphone maker had worked around the restriction by offering its own Huawei Mobile Services framework that came with its own App Gallery. On top of that, Huawei and Honor have been rehashing old devices as new so that it can still release “new” models with Google Mobile Services.

There have been a number of workarounds to enable Google apps on new Huawei smartphones but Google has recently warned that sideloading its apps is a potential security risk. At the moment, the recommended and legal way of using Google apps on devices with Huawei Mobile Services is via a web browser, which isn’t ideal.

Huawei has been trying to populate as many popular apps as much as possible on its AppGallery and they have even offered incentives for developers to list their apps on its Play Store alternative. Although more apps are being listed, there are still a number of key apps that are not available on Huawei AppGallery which include Instagram, Facebook, Grab and other online banking apps. If the apps rely on Google’s core APIs such as maps, developers would need to perform tweaks for the Huawei platform by switching from GMS to HMS core.

Even though some apps are not available on Huawei AppGallery due to legal reasons, you can still get it by downloading the APK file from its official website which is similar to Fortnite. This is available for both Facebook and WhatsApp.

Although Huawei is working hard to push Huawei Mobile Services, the Chinese brand is still open to using Google services if they are allowed to do so. A Huawei spokesperson had said that Google Mobile Services is still their first choice as it has helped them to become the number 2 smartphone player worldwide.

It is worth mentioning that Microsoft had requested permission from the US government to sell its software to Huawei. Their request was granted in November 2019 and that is why Huawei and Honor are still able to sell its new laptops with Windows 10 pre-installed. When Microsoft submitted its application, the US government had received about 300 requests and only a quarter was approved while the remaining were denied. 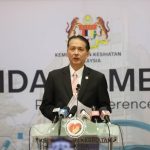 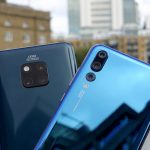