Despite the cancellation of MWC 2020, Honor is still having a press event to unveil its latest products. One of is the Honor 9X Pro which is a higher-spec variant of its mid-range Honor 9X series.

Honor President George Zhao has posted a teaser of the Honor 9X Pro on its Facebook page which highlights its 7nm Kirin 810 chipset. He mentioned that the new mid-range processor promises superior AI capabilities while delivering powerful performance without compromising on power efficiency.

The Honor 9X Pro is also expected to be released locally very soon. Honor Malaysia has posted a teaser and since Malaysia is a key market, it could go on sale shortly after the global announcement.

During the Honor View 30 Pro launch in China, Honor had told us that the Honor 9X Pro is going on sale globally in Q1 2020. The device will feature a 6.59″ display and it comes with the same holographic “X” pattern design for its rear.

Like the Honor 9X, it gets a pop-up selfie camera as well as a triple-camera setup that has a 48MP main camera. Since this is a Pro model, Honor is offering up to 256GB of storage and it will also get a liquid cooling system to maintain optimal thermal efficiency. This device is expected to be Honor’s first global mid-range smartphone to run on Huawei Mobile Services. This means you’ll have to rely on Huawei’s AppGallery instead of the Google Play Store for all of your third party application needs.

Apart from the 9X Pro, the Huawei sub-brand is also expected to unveil the Honor 9X Lite and its Honor MagicBook laptops for the global market. The MagicBook series is powered by AMD Ryzen processors and they come with Windows 10. The new laptops will be heading to Malaysia soon and it could go head to head with Huawei’s Matebook D 15. 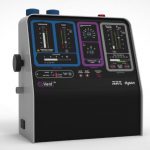