After they’re done conquering the sky, it looks like the folks over at DJI have set their sights on the world landed camera drones as a new patent filing hints at the fact that they’re working on an electric vehicle to carry your camera. And from the patent images, it looks like quite the badass.

I think the best way I can describe what it looks like, is that it’s almost like a mini dune buggy, but where you’d usually find space for a cabin, you’ll find a plate that you can mount a camera and gimbal instead.

According to reports, DJI’s new vehicle is an RC (remote controlled) car with wheels that can rotate a full 360 degrees for as much maneuverability as possible. From the patent drawings, it looks like there’ll be some serious suspension work involved to keep the vehicle steady even as the going gets bumpy.

On top of that, the battery pack looks like it’s mounted in the middle of the chassis near the bottom for a lower centre of gravity which is important since a lot of the weight of the vehicle will be near the top where the camera is. Keeping the heavy battery low and centred will help prevent the RC vehicle from flipping over in the turns.

What’s also interesting is that it doesn’t look like you’ll be able to mount just any camera on the top of the electric vehicle. From the diagram, it looks like this vehicle is designed to fit DJI’s own Zenmuse cameras, or a variation of that, instead of something like a smartphone or a mirrorless camera. DJI’s Zenmuse cameras are commonly found on their Inspire drone series as well as the Osmo Pro.

Now, some of you might be disappointed that you can’t just slap on any camera, but it is worth noting that the Zenmuse cameras are nothing to scoff at either. Something like the Zenmuse X5R, for example, uses a micro four thirds sensor and supports interchangeable lenses. If this happens to be a new Zenmuse, DJI could even leverage on the expertise of Hasselblad (which the company recently acquired) to improve image quality even more.

On top of that, Zenmuse cameras are pretty small, so there’s a chance that this RC vehicle could be really portable as well.

Of course, this idea isn’t super new. We’ve seen these before, and many filmmakers use this especially when they want to rig up a small payload to follow a really fast moving object over land. You’ll often see rigs like these used in those “Shot on Smartphone” commercials to hold the smartphone and a lens or gimbal.

That being said, from what I can find, these devices tend to be highly specialised, so it’s interesting to see what DJI intends to do here. If they want to bring this to the more consumer/prosumer end of the market, it could be fascinating for the casual videographer or budding content creator that maybe doesn’t have a massive budget.

Besides the vehicle, DJI also filed a patent for what reports are calling an “all-in-one Ronin stabiliser”. This looks a lot more like the original Ronin with its cage-like design. but instead of being designed for large payloads, it looks like it too will sport some kind of Zenmuse camera. Again, this could mean that this will end up being a really portable contraption that will give multiple operators the ability to control the rig.

SEE ALSO:  Fujifilm X100V: The only company that makes me want a fixed-lens camera

Beyond that, there isn’t really a lot that’s been revealed, and a lot of what I’ve discussed here is purely speculation on my part, so I would advise that you treat it as such. Nevertheless, I’m super excited to see what these end up turning into because for my money, DJI’s always been killer with their product releases. There’s a reason they’re the market leader right now, and I’m always curious to see how market leaders innovate.

What do you think of these patents? Let me know in the comments below. 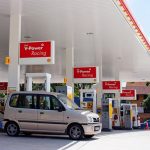 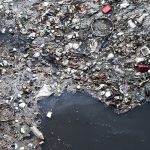 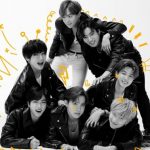