The Realme Buds Air is finally official and it looks like a budget clone of the Apple AirPods. As teased previously, it comes with wireless charging which is surprising considering none of Realme’s smartphones currently supports it. As you would expect from Realme, the Buds Air is pretty affordable as they are going for INR 3,999 in India which is around RM233.

Similar to the AirPods, these are true wireless earphones that come with extended stems and they are charged in a dental-floss looking case. According to Realme, it has a battery life of 3 hours on a single charge, which is pretty short and you can get up to a total of 17 hours of music playback with the wireless charging case.

To control your music playback, it supports tap controls to play/pause your music. You can also perform long-press actions to trigger Google assistant or to end or decline an incoming call.

What’s interesting is that the wireless earbuds have a dedicated gaming mode which is activated by long-pressing on both sides. According to Realme, this special mode will reduce audio latency by 51% from 243.8ms to 119.3ms.

In addition, there’s also some form of noise cancellation which Realme dubs as Environment Noise Cancellation. This is utilised only for voice calls and it uses dual microphones on the stems to identify your voice and filter out unwanted background noise.

The Realme Buds Air uses a custom made R1 chip that supports Bluetooth 5.0. It also has Google Fast Pair Technology which allows you to instantly pair your earphones as easy as the Apple AirPods. This feature however, will be available in Q1 2020. The earbuds themselves come with an optical sensor which will automatically pause your music when you remove it and it will resume once you put them back on.

The Realme Buds Air is available in three colours – Yellow, White and Black. The first sale took place today at 12PM and not surprisingly, they have sold out over 11,000 units in just a couple of hours.

So far there’s no word on its global availability just yet. Realme’s sister company, Oppo, has recently introduced the Enco Free TWS which is officially priced at RM499. It offers a longer 5 hours of battery life on a single charge and it has slide gestures to adjust volume and track playback. Unlike the Buds Air, Oppo’s new earphones offer interchangeable silicon tips which could offer a better fit for different people. 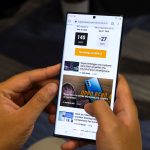