OnePlus officially launched the OnePlus 7T in India yesterday, with their latest flagship officially going on sale in India on September 28 and the U.S. on October 18. The headliner is this: the OnePlus 7T comes with the same Fluid AMOLED 90Hz display that was only seen in the Pro variant of the OnePlus 7, and comes at a comparatively affordable price point as well.

Another main thing to note for the OnePlus 7T is the new triple-camera setup at the rear—how it looks, for a start. The 3 cameras sit inside an unorthodox-looking circular bump, which comprises a 48MP main camera with a f/1.6 aperture, a 16MP wide-angle lens, and a 12MP telephoto lens that allows for 2X optical zoom. This, according to OnePlus, is their “most capable and versatile triple camera setup yet”.

This includes a new Macro Mode that has a focus distance of 2.5cm, while OnePlus says you can shoot videos interchangeably between all three lenses while simultaneously.

SEE ALSO:  Here's where you can buy the OnePlus Nord in Malaysia

Like its predecessor (OnePlus 7), the 7T doesn’t have a pop-up selfie camera. Instead, it’s a more conventional waterdrop notch, and it still retains the optical in-display fingerprint scanner that was seen in the OnePlus 7 and 7 Pro. At launch, the Glacier Blue and Frosted Silver colours are available, which are both coloured gradients that look like they have a matte, frosted finish. As for software, the OnePlus 7T will ship with Android 10-based Oxygen OS.

At the moment, there isn’t concrete news on the availability of the OnePlus 7T in the Malaysian market yet, but XianFeng Technology, OnePlus’ Malaysian distributor, has posted a teaser on Facebook that promises: The #OnePlus7TSeries is coming. 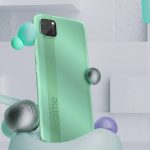 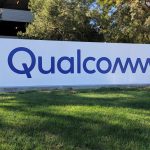 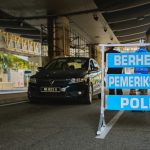