A new Huawei device is coming to Malaysia next week and it’s a global premiere of the Nova 5T. Huawei Malaysia has sent out media invites for the launch event that’s happening on 27th August 2019 at 2:00pm.

Although the Nova 5 series was announced in China sometime in June, the upcoming Nova 5T is expected to be very similar to the Honor 20. This was revealed when the Nova 5T was certified alongside the Honor flagship device on Google Play. Serial leakster Roland Quandt has also confirmed the specs and it’s virtually identical to the Honor device except for some minor differences in RAM configuration.

To recap, the Honor 20 comes with a 6.26″ Full HD+ punch-hole display that houses a 32MP selfie camera on the top left corner. Under the hood, it runs on Huawei’s top of the line Kirin 980 processor.

The device also comes with a quad-camera setup that consists of a 48MP main camera, a 16MP ultra-wide-angle shooter, a 2MP depth sensor and a 2MP macro shooter. Powering the device is a 3,750mAh battery that charges via USB-C. The Honor 20 with 6GB RAM and 128GB of storage is officially priced at RM1,699. We still don’t know the Nova 5T’s pricing yet but we reckon that it could be priced slightly higher since it carries the Huawei brand.

If you want to get an early look at the device, Huawei will be showcasing the Nova 5T at the KL Fashion Week 2019 this coming Sunday. 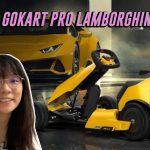 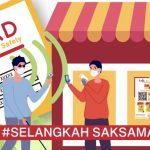