HTC has announced a new budget smartphone in India which revives its old Wildfire nameplate. The HTC Wildfire X is no longer a tiny smartphone and it now comes with a larger display and more cameras.

Upfront the HTC Wildfire X comes with a 6.2″ waterdrop display that has a tiny notch at the top. It pushes an HD+ resolution and it boasts a screen-to-body ratio of 88.8%. The device also gets a 3D curved back that features a reflective effect which HTC calls “Hyper Optical patterns glitter.”

Under the hood, it runs on a MediaTek Helio P22 processor that comes with 3GB RAM and 32GB storage for the base model. If you need more, the higher variant is equipped with 4GB RAM + 128GB of storage.

In the imaging department, the device comes with a 12MP main camera, an 8MP telephoto camera with 2X optical zoom and a 5MP camera for depth sensing. For selfies, it comes with an 8MP front shooter.

Powering the device is a 3,300mAh battery and it supports a standard 10W charging. The device also comes with a rear-mounted fingerprint sensor. In India, HTC is bundling a Prime Care protection which offers 6 months of accidental damage protection on top of the 1-year comprehensive warranty.

So far there are no details yet if this device will be released in other markets. Previously, it was speculated that HTC will be releasing a total of 4 new Wildfire devices this year.

SEE ALSO:  Images: HTC set to join TWS earbuds market with another clone of the AirPods 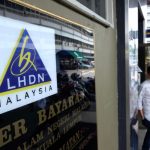 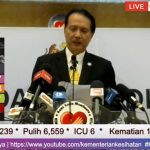