If you’re looking for an affordable iPhone deal, Celcom is now offering a further markdown for the iPhone 6s. The iPhone 6s 32GB which retails for RM1,249 is now offered from as low as RM0 with Celcom’s postpaid contract.

The free iPhone 6s offer is tied with Celcom’s Gold Supreme (50GB) on a 24-month contract and it comes with a lower RM128/month subscription fee. If you don’t need so much data, the iPhone 6s can be yours for RM199 on Celcom’s Gold Plus (40GB) plan at RM98/month.

Do note that you’ll need to pay an upfront payment of RM1,100 if you’re signing up with Gold Supreme and RM900 for the Gold Plus plan. This amount will be rebated back to your first month’s bill.

The iPhone 6s comes with a 4.7″ Retina Display (1334×750 pixels) and it runs on an Apple A9 chip. It has a 12MP main camera that can shoot 4K videos while the front comes with a 5MP facetime camera. The device also features a 3.5mm headphone jack and a physical home button with Touch ID. In terms of software updates, the iPhone 6s will also get iOS 13 when it is released in the coming months.

If you’re interested, you can check out Celcom’s online store. 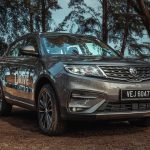 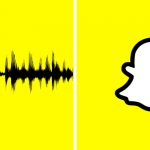