Huawei’s next big thing is its new Mate 30 series which is expected to launch in the final quarter of the year. The current Mate 20 Pro is an interesting device as it brought several new features including 40W SuperCharge and reverse wireless charging.

In terms of design, the device stands out from the rest with its cube camera bump that’s inspired by the headlamps of a Porsche 919. Personally, I think it looks iconic and you can always tell that it’s a Mate 20 device. Even Apple and Google are utilising a similar design for the next flagships. For Huawei, they are moving on to a new camera design that looks like a Lumia 1020.

A leaked image has surfaced and it appears to be the rear glass panel of the upcoming Mate 30. We can see a huge round cutout at the top with the Huawei and Leica branding aligned in landscape mode similar to the current Huawei P30 and Nova 5 series.

There are not much details about the camera but we can expect a similar setup to its current flagship. For the Pro model, it is likely that the device will feature the same 40MP f/1.6 main camera with a 1/1.7″ sensor and RYYB array, a 20MP f/2.2 ultra-wide-angle camera and an 8MP f/3.4 telephoto shooter that offers 5X optical zoom with its periscope module. For better depth sensing, there should be an extra Time of Flight (ToF) camera.

While the Huawei P-series is all about photography, the Mate series is the device where Huawei will debut its new Kirin processor. For 2019, you can expect a new Kirin 985 or 990 chip that has 5G support for selected markets. 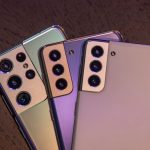 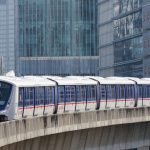 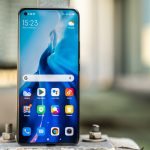