Let’s get one thing clear: Apple’s Pro Display XDR is massive. Massive in price, size, and every other aspect. Announced alongside the brand new iteration of the Mac Pro at the Apple Worldwide Developers Conference 2019, the 32-inch 6K monitor is targeted towards professionals working in video production and graphic design.

But before we delve into the details, it’s worth noting that the Pro Display XDR will retail for close to 5,000 bucks (about RM20,866), with two upgrades that cost roughly US$1,000 (about RM4,169) each: the nano textured glass option and the Pro Stand.

Add that all in, and you’ll have a monitor that comes up to around US$7,000 (about RM29,218) in price, which explains why Apple has targeted a customer market of professionals. But it isn’t just the Apple logo that you’re paying the price for.

The Pro Display XDR is Apple’s largest Retina screen ever with a resolution of 6016 x 3384 (which adds up to a stunning 20 million pixels or so). For reference, that’s an increase of 40% from the 5K display on the iMac.

Perhaps the most attractive thing for professionals thinking about Apple’s most expensive monitor yet is the fact that the Pro Display XDR supports P3 wide colour and true 10-bit colour for over a billion colours—something that is critical for graphic designers and professionals working in production. It also has advanced HDR support.

The display features Apple’s latest polariser technology to allow for better viewing angles, while ensuring that the colours and contrast of the display remain accurate at all times. In the name of further improving visibility, the optional matte option that utilises nano-texture technology also helps with glare and reflections on the surface.

The Pro Display XDR, in line with its name, is also extremely dynamic in its range. With a contrast ratio of 1,000,000:1 and peak brightness ratings of around 1,600 nits along with 1,000 nits of full-screen brightness, you can expect to see the deepest of blacks and the brightest of brights—making for a precisely-calibrated, beautifully dazzling display.

A stand for the ages

Well, not really. The Pro Stand that will cost a staggering US$999 (about RM4,174) can be connected with the Mac Pro using a magnetic connection, and allows for both tilt and height adjustments to suit your preferences (You can also opt to have your monitor in portrait mode).

But thankfully, the Pro Stand isn’t your only option for the Pro Display XDR. You can also opt for a VESA mount adapter that will ‘only’ set you back US$200 (about RM836)—not exactly cheap, but a whole lot more affordable in comparison.

Something to think about

Ultimately, Apple has clearly pulled out all the stops for the Pro Display XDR. At that price point, it’s also a product that would mostly appeal to those that would utilise it for professional purposes.

Interestingly, a display from Sony with similar (albeit slightly worse) specs retails for a much higher pricer—around US$30,000 (about RM125,400). Something worth weighing into your decision when thinking about the Pro Display XDR, then.

Is it worth the price? It depends on who you ask, although I would probably wait to see if other 3rd party manufacturers start selling OEM alternatives to the Pro Stand when the Pro Display XDR goes on sale this fall.

SEE ALSO:  Here's your chance to get the Oppo Reno 4 or Reno 4 Pro for RM1 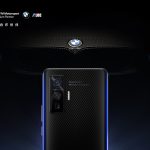