There’s a lot to like about the honor 8X, It has a large, gorgeous 6.5-inch Full HD+ display, a premium glass and metal build, and good performance from a decent set of specs (Kirin 710 processor, 4GB of RAM and 128GB of on board storage). Best of all, at RM949, the honor 8X is exceptional value for money.

If you think the 8X is cheap for what it has to offer then you probably want to know about the honor 8C. Announced in China, the honor 8C looks much like the 8X, except it is cheaper still. To bring the 8C down in price, some sacrifices had to be made. For one, the display. The honor 8C sports a 6.26-inch IPS LCD display (1520x 720 pixels) versus the 6.5-inch Full HD+ display on the honor 8X. Like most FullView phones today, the 8C sports a notch, if that’s your thing.  The display has a 19.5:9 aspect ratio which means it is rather tall and according to honor, the device has a screen-to-body-ratio of almost 86.6%, resulting in relatively minimal bezels.

Under the hood, the honor 8C runs a Snapdragon 632 processor, which to my memory, is the first smartphone to utilise the new chipset from Qualcomm. It is mated with 4GB of RAM and an option of  32G or 64GB of internal storage with microSD expansion. Keeping the lights on is a rather large 4,000mAh battery that charges via a micro USB port. Out of the box, the 8C runs Android 8.1 Oreo with honor’s EMUI 8.2 skin on top of it. If you like to have two SIMs as well as a microSD card, you’ll be happy to know that the 8C uses a triple slot tray so you do not have to sacrifice a SIM card if you need more storage. 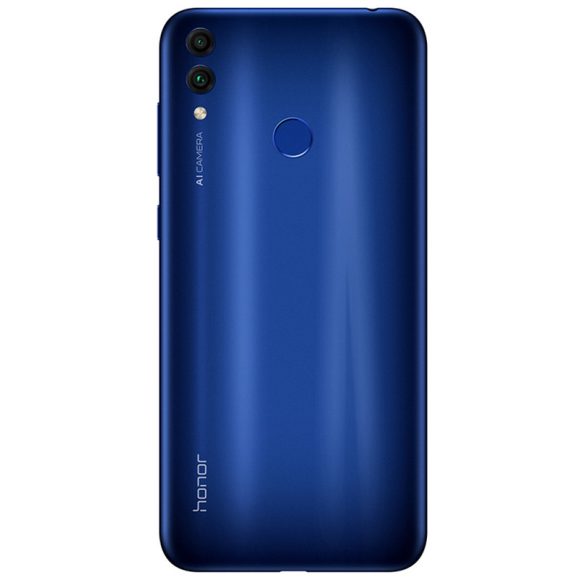 For comparison, the RM949 honor 8X comes with a larger 6.5-inch Full HD+ display, Kirin 710 processor, 4GB of RAM and a generous 128GB of internal storage. For camera optics, the 8X offers a dual rear camera module with a 20MP primary and 2MP secondary sensor. For selfies, the 8X sports a 16MP front shooter. Unlike the 8C, the 8X gets a glass panel at the back, I guess all of these differences are all the sacrifices that honor had to make in order to mark down the price of the 8C.

The honor 8C is announced in China, there’s no announcement on when or if it will be available in Malaysia, but we’ll keep you posted if there are any developments.

So what are your thoughts on the honor 8C? Will you rather get the 8C instead of the 8X? Let us know in the comment section below.