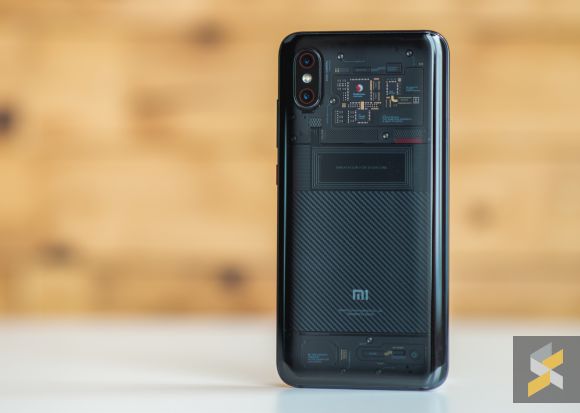 There’s no denying that Xiaomi’s Mi 8 is a killer proposition. It features awesome high-end specs, great build, improved features and — best of all — a tantalising price point. But, there is also no denying that the handset bears a striking resemblance to the iPhone X.

So, what if you’re someone who wants a Mi 8 that looks a little more special? Well, that’s where the Mi 8 Explorer Edition comes in, with all its transparent glory. The only problem is, this phone hasn’t officially left China so it’s really, really hard to get a hold of.

Thankfully, the folks over at DirectD have actually imported this phone and early this week they let us take a quick look at it.

The Mi 8 Explorer Edition is certainly a looker, cosmetic back plate or not, and it’s even more impressive when you hold it in your hand. However, the price difference between this and the regular Mi 8 isn’t really justifiable beyond the fact that you’re paying for exclusivity. After all, this is an import set (also known as an AP set), and you won’t be getting official support, warranty or even a global ROM from Xiaomi Malaysia.

Since we published this video, DirectD has revised their pricing of the Mi 8 Explorer Edition, so it’s now RM3,299 instead. Although it’s a RM200 price cut, this phone is still RM1,400 more than the 128GB Mi 8 and more than double the price of the base-model 64GB Mi 8.

Of course, the prices will probably be very different if Xiaomi Malaysia officially brings this handset in, but as of right now, there’s no indication that they ever will. So, if you’re interested in picking this handset up, and you don’t mind dealing with the complications of it being an import set, you can head on over to DirectD to buy it yourself.