The future of cashless payments is exciting stuff. This utopian future where you don’t have to carry around fat, receipt-filled wallets nor queue up for ages at an ATM machine to withdraw cash. So far, we’ve seen quite a few promising contenders playing in this space already, but the latest one to join the fray may be the most promising one yet.

I’ve covered Maybank’s QRPay mobile payment solution before. That was when the application was still in its pilot testing phase where you could only use it in the food stalls in Laman Menara Maybank’s food court. Today, Maybank has officially rolled out QRPay to merchants and customers who are interested in this service. Here’s what’s new.

The biggest bit of new information comes from the merchant’s side of things. When you want to get cashless/mobile payments to a point where it can feasibly replace your wallets, one of the most crucial things you need to do is to get as many people on board as possible. And a good way to do that is to remove the hassle of signing up for the service.

With Maybank’s QRPay, they may have just done that because it’s almost comically easy to sign up to be a merchant. All you need to do is download the Maybank QRPay app and register with your identification number/business registration. Then, you go through some formalities like naming your business and choosing a user name before you can start receiving payments. There isn’t a complex set of hoops that you need to jump through to get this up and running which is definitely going to go down well with mom-and-pop shops.

Besides that, transactions made with QRPay are also really straightforward. Customers can pay with money directly from their Maybank accounts, so no separate e-wallets ala vcash, and the merchants also get their funds deposited in real time to their chosen bank accounts.

Since customers don’t need to download a separate app to pay, Maybank’s QRPay already has a large user base that it can tap into: The 2 million users who actively use the Maybank app every month. So, no worries about getting customers on board.

In a sense, it’s kind of like using the app to make Instant Transfers (transaction fees have been waived for the first 3 months) between banking accounts. Maybank also tells us that the merchants can use any bank account they want, even non-Maybank accounts.

However, when I tried registering as a merchant (to open my GroceRory Store ha-ha), the application only allowed me to choose my Maybank account. I also couldn’t change my registered bank account to one from a different bank’s in my my account settings either. Perplexed, I asked my colleagues of they had other choices and much to our surprise, they were also limited to their Maybank accounts. Finally, my colleague tried registering with his passport number and when the app couldn’t identify a Maybank account associated with it, it allowed him to add a banking account from a different bank.

I suppose I understand why they’d prefer to prioritise Maybank accounts, but forcing merchants to use them doesn’t really make sense, especially if you’re pushing the “convenience” of not requiring a Maybank account. It’s not technically false advertising, but it’s definitely more inconvenient for people who actually have Maybank accounts and don’t want to use them for business for whatever reason. Merchants can receive payments from customers in one of two ways. The first is via a static QR code that you can print out and stick wherever you want — or just have it displayed on a screen somewhere — that customers can scan and enter the amount to pay, sort of like vcash and FavePay. The second method though, is a little more interesting because the app also lets you generate temporary QR codes with specific amounts so customers can just scan and pay, eliminating customer-based payment mistakes. There is also even more good news for merchants interested in taking up QRPay because the app lets you set promotions for people who pay with QRPay too. To do that, simply head into your account settings and tap on promotions. You can set to have flat amount discounts or percentage discounts with custom promo codes, which is pretty cool. These promo codes are subject to approval and may take some time before they go live. There isn’t a notification or prompt that informs you of your code’s pending approval — which was a little confusing — so we hope Maybank can add that in a future update.

Finally, when you add that to the already decent list of pros where merchants can track transactions (up to 90 days) and receive notifications of transactions as they take place, and you’ve got a very alluring product for businesses interested in testing this feature out. There are a few kinks Maybank needs to work out, but as a whole we’re pretty impressed.

Over on the consumer side of things, not much has changed when it comes to the overall structure of how you make payments, which is a good thing. What I did like was that Maybank has fixed one of the problems I had with the app where you couldn’t access QRPay once your logged in — a problem that was a big pain for users on the iPhone X with Face ID. Now, it’s accessible both before and after you log in so kudos are definitely in order.

Still, Maybank’s QRPay is looking pretty awesome so far. Sure, it doesn’t have the cashback perks of FavePay, but I think it certainly is more attractive than vcash at this point in time.

But I’m interested in hearing what you guys think about this too. Let me know in the comments below! 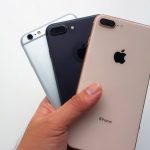