Xiaomi has officially announced its new Redmi 5 and Redmi 5 Plus smartphones which offer a big screen experience at an affordable price. Featuring a tall 18:9 display aspect ratio, the screen takes up a larger viewing area while it maintains a compact footprint compared to a typical 16:9 display. What’s interesting is that the Redmi 5 series is very affordable with a starting price of just 799CNY (about RM493). Powering the Redmi 5 is a 3,300mAh battery, while the Redmi 5 Plus gets a larger 4,000mAh capacity. Xiaomi reckons that both devices can provide a long battery life thanks to its frugal 14nm based processors that are paired with the power saving features of MIUI 9. For imaging, Xiaomi has yet to reveal the camera specs but based on its TENAA listing, both Redmi 5 and Redmi 5 Plus will come with a 12MP main camera while the front unit is a 5MP shooter. For better illuminated low-light selfies, both has its own selfie light.

SEE ALSO:  Why did Xiaomi pull down its Redmi Note 9 video ad? For extra durability, both devices have reinforced structure at the corners which would help to reduce the chance of a broken screen. On top of that, Xiaomi has also applied a waterproof layer on the earpiece to protect it from sweat and dust. A device that’s likely to be the Redmi 5 Plus was spotted in our local SIRIM database so there’s a chance that one will be dropping on our shores soon. Sales in China will start on 12.12 on Xiaomi’s flagship store at Tmall and JD.com. 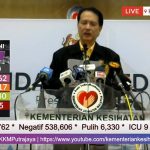 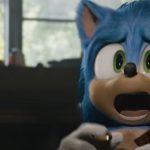