The upgraded OnePlus 3T is already on sale in the US and it’s hitting European markets starting today. To showcase what goes into the box, OnePlus is taking its latest flagship to the skies for an extreme unboxing.

Instead of your conventional table top unboxing, the OnePlus 3T was unboxed inside a fighter jet over at Czech Republic. While it looks different, the video is rather pointless as you don’t get to see much of the phone or its accessories. T-Mobile has done something similar with its HTC 10 unboxing at 10,000 feet.

In case you missed it, the OnePlus 3T is an incremental upgrade of its previous OnePlus 3. It retains the same 5.5″ Full HD display but underneath it gets a newer Snapdragon 821 processor with 6GB of RAM and it now gets up to 128GB of storage. For imaging, it now gets 16MP f/2.0 cameras for both front and back which is further enhanced with an improved EIS for steadier shots.

Despite having the same dimensions as the previous model, the battery is bumped up to 3,400mAh which can be charged up quickly with its DASH fast charging (5V4A) via USB Type-C. It will cost slightly more than their current OnePlus 3 and so far there’s no info on its Malaysian release. For further reading, you can check out our OnePlus 3T announcement post. 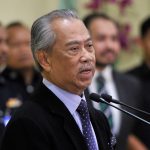 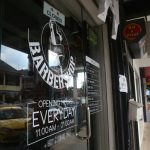