CAT doesn’t just make heavy machinery and they are also in the phone business making rugged devices for industrial environment. Apart from the glam devices launched at MWC 2016, the big yellow company has also released the world’s first thermal imaging smartphone with the CAT S60.

Not only it gives you cool predator vision, it is built to last exceeding military spec. The main highlight of course is its FLIR Thermal Camera. With a live thermal imaging, it can show heat sources as indicated in red on the screen. You’ll also get real-time temperature reading in real time. The camera is so sensitive that it could pick up heat marks left behind by my palms on a flat surface. Some of the real life application include checking for leaks in the house, finding heat sources and spotting for people in life rescue situations. For security guards, they could use it to see intruders in the dark even through thick smoke. The possibility is endless and it works effectively with a range up to 100 feet (30 metres). The CAT S60 just screams rugged all over with a strengthened die cast frame and it gets a carbon-fibre look back. Designed like a power tool, it feels chunky in the hands and it is built to withstand drops onto concrete surfaces from up to 1.8 metre high. I wanted to put their claims to the test but was told to try that on production units since the one I’m holding is one of the 6 working prototypes in the world. Over at the front, it gets extra protection with Corning Gorilla Glass 4 and the display also supports glove and wet finger tracking. CAT isn’t holding back on its waterproofing capability, so you can confidently take this to take photos and videos underwater. The underwater camera (yes, that’s how they are calling it) is a 13MP shooter with dual-LED flash, while the front gets a 5MP camera. If you plan on taking this beyond 2 metres deep, just remember to shut off its speaker and microphone grill by flipping the tiny switches with your fingernail. As a smartphone, the CAT S60 is no slouch. While the front gets a modest 4.7” HD 720p display, it is powered by a decent Snapdragon 617 Octa-Core processor with 3GB RAM and 32GB of on-board storage.

Keeping the lights on is a huge 3,800mAh capacity battery, which should be more than enough to last overtime shifts. Being a 2016 device, it runs on Android Marshmallow out of the box. The CAT S60 will be available later in the year and it will be priced at US$599, which is around RM2,524. Come hell or high water, this phone is built to survive anything. This is no doubt the Chuck Norris of phones. 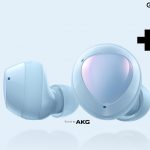