The iPad mini 4 is the lightest and thinnest iPad at the moment, which could be considered as a miniature iPad Air 2. Following its SIRIM certification, we now have the official Malaysian pricing for the iPad mini 4. It isn’t available for purchase yet but it is definitely coming soon.

The iPad mini is often seen as the affordable alternative but with our current exchange rate, it now cost a lot more than it used to. Based on its current listing, the iPad mini 4 is priced from RM1,599 for the basic 16GB WiFi version. This is the same price as the iPad Air 16GB WiFi after the recent price hike. Below are the full iPad mini 4 model pricing:

To recap on the specs, the iPad mini 4 is hugely upgraded from the previous iPad mini 3. While it maintains the same 7.9″ Retina Display resolution, it gets a laminated unit with an anti-reflective coating. Processing power has been improved with a more powerful A8 chip and it gets a 8MP f/2.2 main and a front facing 1.2MP cameras. Similar to the iPad Air 2, it is only 6.1mm thin and it is much lighter now from just 298.8g for the WiFi version.

With an upgraded processor and 2GB of RAM, the iPad mini 4 also supports Split View, a new iOS 9 feature that lets you run 2 apps side by side. You can read up more on the iPad mini 4 in our announcement post.

SEE ALSO:  iOS 14 Public Beta: Here's how to get it on your iPhone 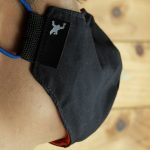