It is no secret that the honor 7 is heavily based on the Huawei P8 flagship smart phone. It gets a slightly updated Kirin 935 Octa-Core processor that runs up to 2.2GHz as opposed to just 2.0GHz on the Kirin 930 with the P8. It also gets 3GB of RAM, and for the international market we are getting just 16GB for storage which is expandable using microSD up to 128GB.

The interface is smooth and the EMUI 3.1 offers quite an extensive customisable options with a variety of themes. It is still based on Android 5.0 and it comes with management tools for power, network and apps permissions. The 3,100mAh battery is similar to the honor 6 and it is larger than the Huawei P8’s 2,680mAh capacity. With the P8 being quite a battery power efficient device, we are eager to see how far the honor 7 could push with a bigger battery. This device aspires to be a serious photography tool, packing Sony’s new 20MP IMX230 camera sensor, which is better than the ones found on Sony’s current Xperia Z series. It gets Phase Detection AF for shorter focus times and it is assisted by dual-LED flash light for natural illumination. In terms of features, it gets the same light painting options like the P8 and there’s even a Good Food mode to enhance your #foodporn photos. You also get slow-mo, time lapse and it shoots videos up to Full HD 1080p resolution only.

Taking pictures are snappy in its default 10MP resolution but as you crank it up to 20MP, it is noticeably longer to process. It isn’t a big problem unless you’re planning to shoot pictures repetitively non-stop. For the front, it gets a large 8MP front camera and it even has its own LED flash light. As usual, there are heaps of beautification features and you can preset your own settings with the perfect selfie option. With a fingerprint scanner at the back, you can tap on it to take a photo but surprisingly this only works for the main camera instead of the front, which to us actually makes more sense for single handed selfie shots.

SEE ALSO:  This is what the Huawei Mate 40 and Mate 40 Pro could look like 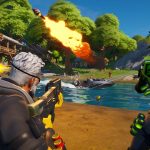