We’re approaching the holiday and shopping season and understandably, manufacturers are scrambling to release devices in time for the buying frenzy.

Latest to hit the rumour scene is HTC with not one but two unconfirmed devices — one, a large format smartphone with a 6-inch (thereabouts) display and the other is this one, the HTC Zara.

Obviously, the name and existence of this device is unconfirmed by HTC but judging from the measured response from the Senior Global Online Communications Manager in HTC, Jeff Gordon, the Zara may just be real.

Earlier, the same Gordon dismissed alleged leaked images of a rumoured large format HTC device, dubbed the HTC Max, as fake but when he was showed the image of the Zara on Twitter, his response was “HTC doesn’t comment or rumors and speculations.” which leaves a lot of room for interpretation.

The HTC Zara looks to carry much of the awesomeness of the HTC One and bring it down to a more value-oriented price point. The body of the HTC Zara is said to be made of plastic instead of aluminum. Rumoured specs include a 4.5-inch qHD (960×540, approx 204ppi) display, an 8MP rear camera, a dual-core 1.2GHz Snapdragon S4 Plus processor, 1GB RAM, MicroSD expansion and a 2,100mAh battery. You can also expect HTC Sense 5.5 and Android 4.3.

In terms of availability, the HTC Zara — if real — is expected to make its debut within this year. 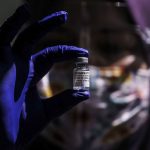